After months of build-up and a perfect preseason record, Kansas City Chiefs general manager finalized the team’s 53-man roster on Tuesday. A major emphasis was placed on finding the absolute best football players to compete for another championship this season. With plenty of tape and time in camp to evaluate the talent at their disposal, the Chiefs ended up with one of the deepest rosters ever assembled in Kansas City.

Several surprise cuts made way for some unsung heroes of the Chiefs’ preseason to find their way onto the final roster. Guys like Chris Lammons, Jody Fortson and Michael Burton all secured their spots despite stiff competition.

Fourth-year NFL receiver Daurice Fountain was one of the surprise additions to the Chiefs’ roster for 2021 after solid showings in all of the team’s preseason games. He effectively turned an offseason workout into a potentially significant role in the NFL’s premier offense. A former fifth-round pick of the Colts in 2018, Fountain has only two receptions in his career. Injuries stifled his success early on, but he possesses all the skills necessary to be a productive receiver at the pro level.

In comments to the media after Tuesday’s cut down, Brett Veach went out of his way to praise Fountain, telling reporters that his effort and ability to make plays forced their hand when assembling the final roster.

“It was clear to everybody that the kid had an opportunity and ran with it and commend him on that,” Veach said of Fountain. “It’s a good story for the rest of these guys when they come into rosters all across the league that if you come in and make plays and show up on special teams, we’re in the business to win here, you got to play and produce and he certainly did that. It was really just him going out there and earning the spot and making us – we tell this to the guys too, make the decisions for us, don’t have us make the decision. So, you guys go out there and make that decision for us and I think he did that with his play and I’m certainly happy for him.”

Veach also stated that the consistent improvement shown through the preseason process changed the team’s perspective on what they sought from a new receiver, and how they went about settling on Fountain to round out the position,

When Fountain got word that he made the cut, he took to Twitter to express his relief and thank fans for their support.

So thankful for the opportunity! Can’t wait to get back to work tomorrow! All the love from #ChiefsKingdom is incredible

His hard-fought battle to be the fifth receiver on the Chiefs’ roster has given way to his next challenge, though. That, of course, is moving up the depth chart and challenging players like Demarcus Robinson and Byron Pringle for playing time. Only under contract through this year, Fountain will need to produce on Sunday in order to secure himself a larger payday in the future. He is sure to be content with his current situation in Kansas City for the time being. 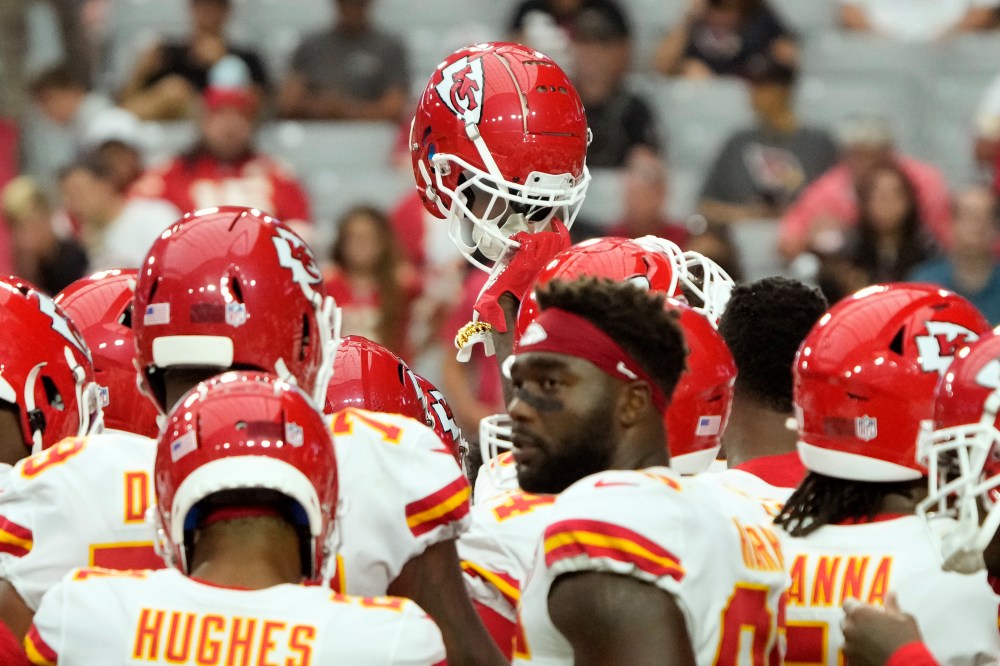