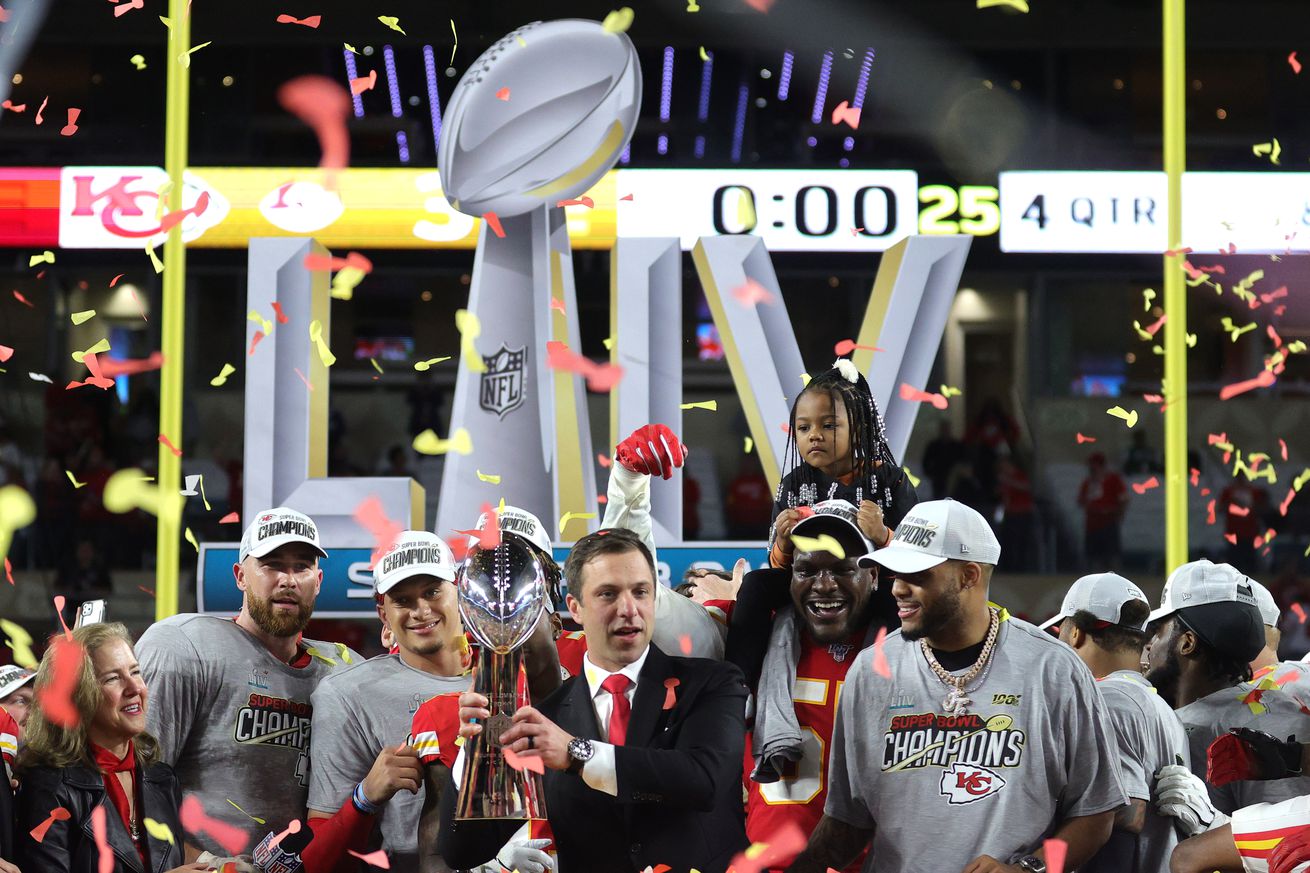 Kansas City Chiefs general manager Brett Veach joined The Ross Tucker Football Podcast for more than 20 minutes on Monday to discuss playing high school football in Pennsylvania, finding starting quarterback Patrick Mahomes and a bit about what he and the Chiefs’ personnel team are up to now.

Veach has long been credited in finding Mahomes, who he called the best player he had ever seen at the time.

“Now look, I’d like to think I’m still on the younger side, right?” Veach joked. “So I haven’t been scouting for 40 years, I didn’t do (John) Elway, and shoot, I was still just being an area scout when (Andrew) Luck and (Cam) Newton and these guys came out. At the time, in regard to my volume of work and the quarterbacks I had seen, I’d never seen anybody like Pat Mahomes and never saw a better football player.”

“I want to say there wasn’t anybody in the building that weekend, and I remember coach (Andy Reid) and casual conversation — just wanted to know what I was doing. And I had just finished a whole bunch of Mahomes tape. And I joke with coach — I said, ‘You know, coach, I think I’m watching the next quarterback of the Kansas City Chiefs.’ So he kind of chuckled and laughed and watched a couple plays and he said, ‘Ah, it looks pretty good,’ and kind of walked away.”

Veach said that is where it began, and he would send Reid videos throughout the year until November, when Reid had to tell him to wait until after the season.

Obviously, the Chiefs eventually took Mahomes, and at training camp — his rookie year in 2017 — he first worked out with the third team behind Alex Smith and Tyler Bray.

“Pat was so impressive that [Matt Nagy and I] would literally get in our cars and run back to the dorms to watch threes-vs.-threes,” Veach said. “The first thing we wanted to see was this kid run the offense: threes vs. threes. Usually, you go back and you want to watch your starters on O and your starters on D, see what you have. But he was so visually impressive that rookie training camp where we were running back to the dorms and watching his throws and sending each other throws. This is training camp stuff. Just a rookie. You knew it was coming.”

Mahomes would go on to win the MVP award in his first year as a starter and the Super Bowl this past season. Before closing the interview, Tucker asked about what he and the Chiefs are up to now.

“Every season before the combine, we usually spend about 16 days with our entire scouting staff and really review all of the players that we have draftable from round one to round seven,” Veach said. “Right after the parade, last Wednesday or whatever, we’ve been cranking tape. We just start — we start with the big guys up front… we start with the O-line/D-line and just systematically work our way through.”

As for actually winning the Super Bowl, Veach said it will take some time for it to sink in.

“You know how this league works — it never stops,” he said. “It just keeps going and going and going. But I’m sure once the draft’s over and I get the chance to sit back and just really look at everything in totality, I think it will sink in. But it’s just been a crazy ride, man. It’s been awesome.”

Listen to Tucker’s full interview on the player above or by clicking here.