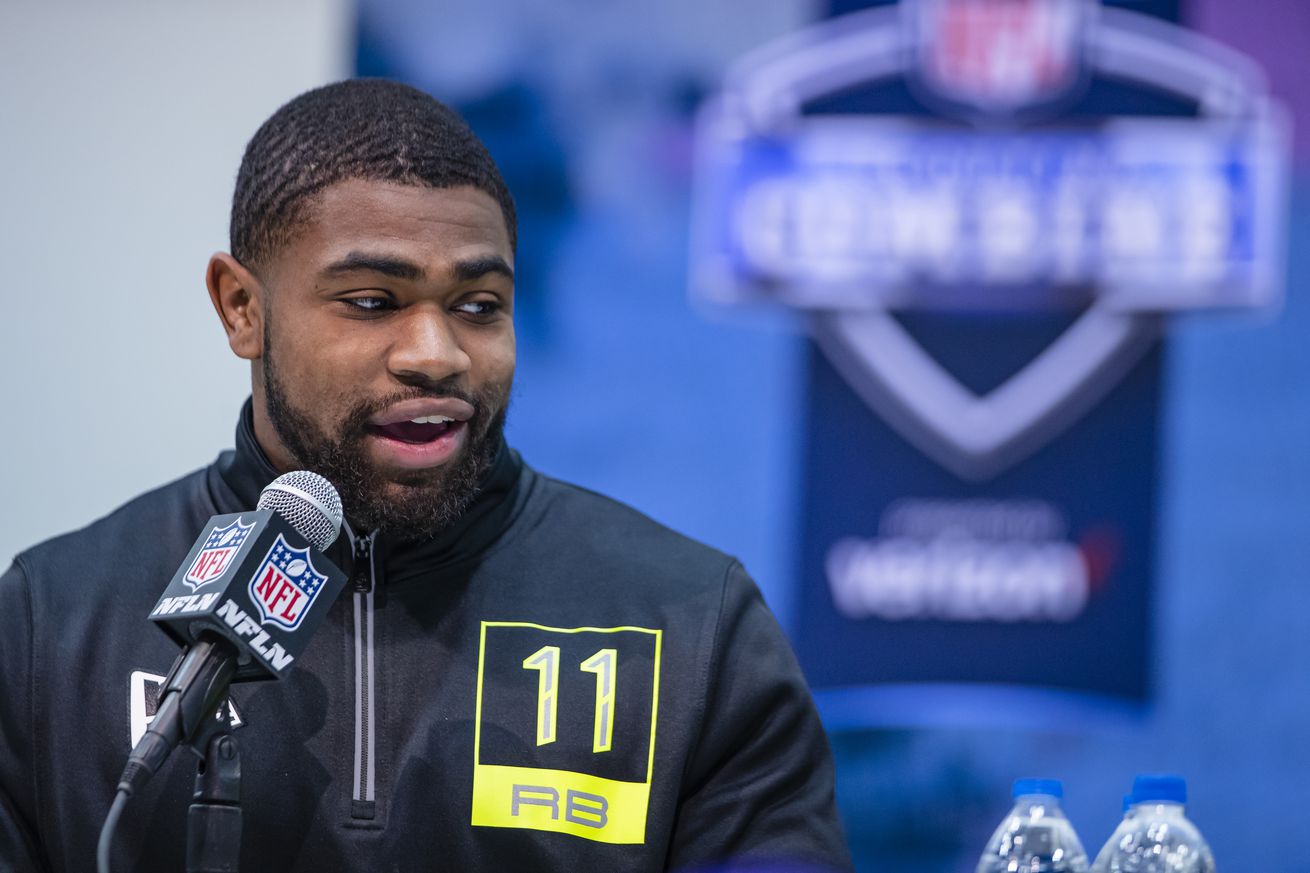 The Kansas City Chiefs selected a running back the first round of the NFL Draft: LSU’s Clyde Edwards-Helaire. Head coach Andy Reid and general manager Brett Veach met with the media on Saturday, explaining why he was their top choice at the position and at No. 32.

Welcome to Kansas City, home of the world champs. pic.twitter.com/Mq6DGpRUgH

It all came down to making life easier for Reid, quarterback Patrick Mahomes and the rest of the offense.

Veach added that every Chiefs personnel member was on board with the selection.

“Our guys that had a chance to go in there loved him — I mean everybody loved this guy,” said Veach. “This was an easy one for everybody to jump on board with. It was one of those things where from the moment you put him on – I think we’re all trained this way – you always look at the tag right away.

“So, I remember the first time looking at the tag thinking ‘All right, here we go, a 5’7” running back.’ And then you watch him and you’re like ‘Wow.’ It was like that from me to all the guys on my personnel staff that watched him, to our coaches. So, it was really purely a joint effort in that we all, as soon as you watched him on tape, fell in love with him.”

“We just think he is a heck of a player,” Reid explained of Edwards-Helaire. “I know some of the coaches at LSU. They just speak so highly of him, as did the coaches that played against him. Brett Veach just did a phenomenal job of manipulating that and working through it, getting us in a position where we could take him. My hat goes off to his guys that busted their tail for us to get information on him. He’s got this huge heart and ability. When you put the tape on, he’s one of those guys that just jumps out at you.”

Veach said on Thursday that the Chiefs likened Edwards-Helaire to Eagles great Brian Westbrook — and after watching him, Reid called him back and noted he may be even better.

“Those kind of players like Brian, Brian is one of those future Hall of Fame players that could do everything for you,” said Reid. “Even though they weren’t the biggest guys, he just knew how to play the game. That’s how we felt about this kid. He just knows how to play the game. He can block for you. He can run routes. He’s got tremendous vision and lateral abilities with cuts and route running, all those things. He’s just a real good football player, and he’s got a heart of a Tiger, as they say at LSU.”

With the addition of Edwards-Helaire, the Chiefs will now head into training camp with a total of eight running backs in their room. Running backs taken in the first round would typically translate to starting reps, but the Chiefs seemed unwilling to make that commitment — at least at the moment.

“I think he fits in with the backs we have,” said Reid. “You can’t do it with just one guy in today’s football, so we’ve got a whole lot of these guys now. You’ve got a few things you can draw from. With him, his strengths are his ability to run the zone scheme and the gap scheme that they did at LSU. He has a unique ability to push the line of scrimmage in the run game and make his lateral cut and then accelerate up the field.

“I’d tell you, that’s kind of what he separated from the other guys with. He’s got a real knack for that. In the pass game, that stop-start thing. As many times as you get single coverage with linebackers on that backside, we do so much 3×1 (three receivers on one side ofo the offensive line), as much single coverage as you get back there, it gives you some nice matchups potentially. His ability to run routes and catch the football. I think those are all pluses.”