Despite the close of training camp on Wednesday, defensive line coach Brendan Daly seems to think the Kansas City Chiefs have only scratched the surface with his unit so far.

The most obvious difference in the team’s new-look defensive front is Chris Jones‘ move to the end position, but the more intriguing change being born out of the camp process is lower on the depth chart. With a healthy mix of veteran talent and younger competitors, Kansas City hopes to have found linemen that can be stout against the run while maintaining the Chiefs’ signature knack for pass rush.

Jones’ move outside, playing opposite Frank Clark, has opened up an opportunity in the middle of the line for several players to claim rotational roles. As the cream rises to the top in their remaining preseason games, the Chiefs’ coaching staff will seek to find the top defensive tackles to anchor the defense this season.

The key battle in the middle of the line appears to be between Khalen Saunders and Tershawn Wharton, which is expected to heat up in the coming weeks. Daly told reporters on Wednesday that Saunders has had a strong camp, and praised his football acumen ahead of Friday’s game in Arizona.

“It’s been great to see,” Daly said of Saunders’ emergence, “I’d say he’s had the best training camp he’s had since he’s been with us. I’m pleased with the way he’s working. He’s expanded his role. One of the things that jumps out to me about Khalen, he’s one of the smartest guys in the room. He understands adjustments, the calls, the schemes. A very, very high football IQ, which is impressive to me.”

Saunders was a third-round pick by Kansas City in 2019, and would make a big statement by increasing his role this season. While he has expectations dating back to when the Chiefs drafted him, second-year defensive tackle and Missouri S&T product, Tershawn Wharton, is hot on his tail. Wharton was a relative unknown last season before bursting on the scene to make appearances in all 16 regular-season games, playing in about half of the team’s defensive snaps.

Wharton has a good chance to land a bigger role if his play continues to impress in this preseason. From Daly’s comments to media, he seems to be something of a favorite among the coaches, and prepares with an intensity that would lend itself to a starting role.

“If you watch this guy practice its a thousand miles an hour,” Daly told reporters, “He doesn’t seem to get tired, he’s a relentless energy and effort about him and he’s got a really good skillset. He’s explosive, he’s powerful, he’s got good quickness.”

It’s too early to say definitively whether the interior defensive line will be the Chiefs’ biggest strength on defense this season. Between Daly’s comments and the way the unit has carried itself in camp, it wouldn’t be a surprise to see them excel. The next two preseason games will give fans a better idea of what to expect in September. They should provide valuable insight into the development of Kansas City’s talent in the trenches. 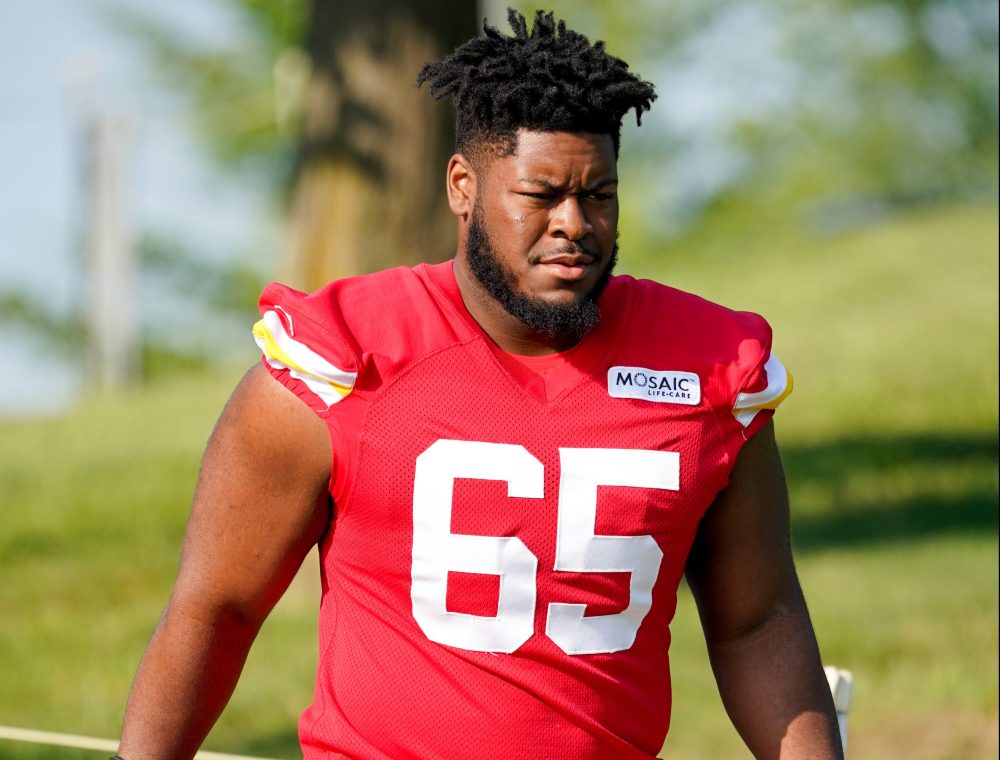