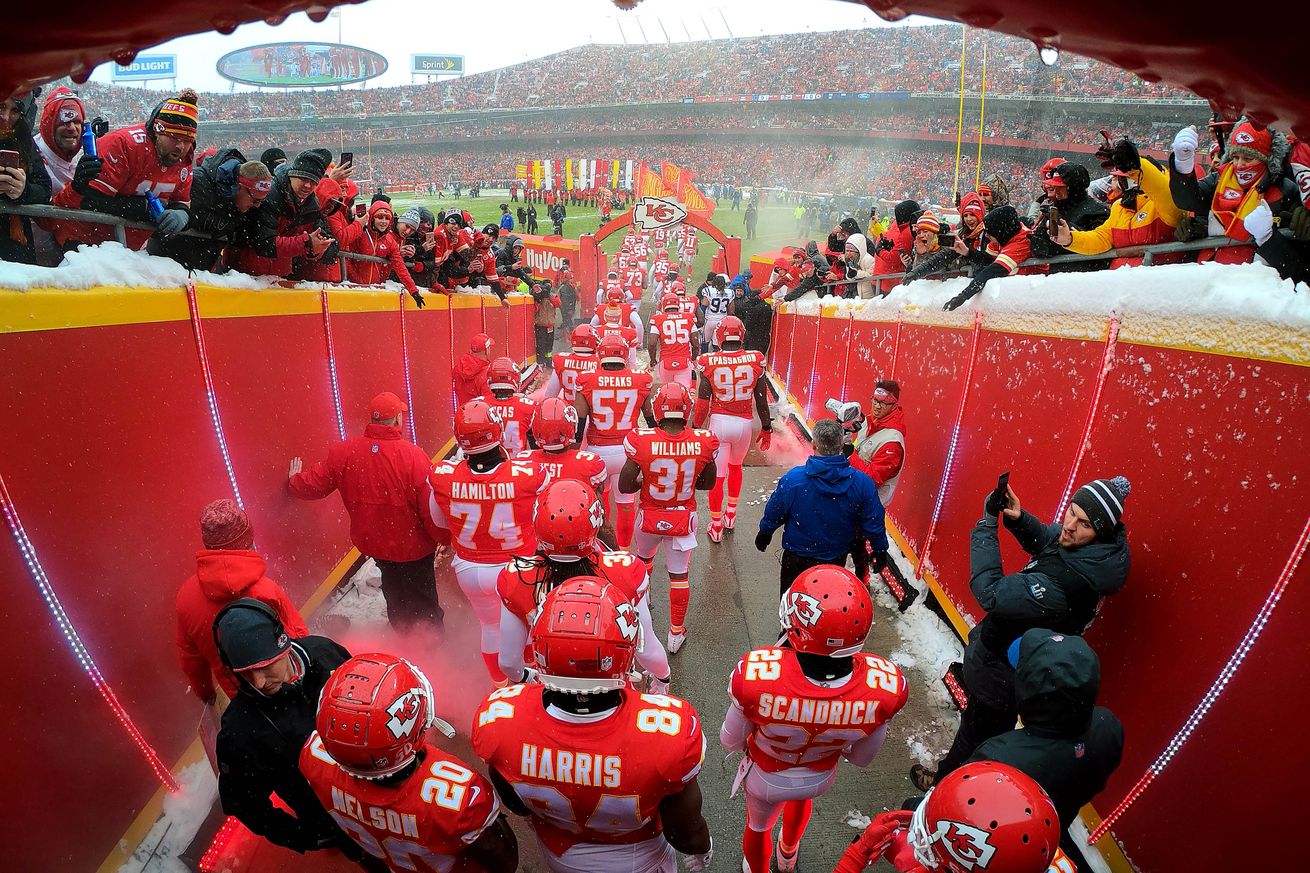 We know which teams the Chiefs will play in 2020 and where the games will be played. How tough is it going to get?

Once the 2019 NFL regular season concluded on December 29, the NFL could announce each team’s opponents for the upcoming season.

Most of this is determined years in advance. Long before the season concluded, we knew that in 2020, the Kansas City Chiefs would face every other team in the AFC West twice (one game at home and one game away) along with every team in the AFC East and NFC South.

But the last two games on every team’s schedule are based on where they finish in their division; this is why we had to wait for the end of the regular season to know every opponent for 2020. In these two games, they play the two teams from their conference they wouldn’t otherwise play, but that finished in the same position within their divisions.

In the specific case of the 2020 season, this means the Chiefs will play the first-place teams in the AFC North and AFC South.

It turns out you can create a matrix where you can easily determine the opponents for every NFL team at a glance. In 2020, teams with the same color (or in the same row or column) will play each other:

But one of the more critical parts of the schedule — that is, which non-division games will be played at home or away — isn’t so cut and dried. This is because the NFL has to make sure that teams on the east and west coasts of the country aren’t hindered by having to make too many cross-country trips for their road games. Accounting for this problem can cause a ripple effect throughout the league.

So after figuring all that out, the NFL released the home and away opponents for all NFL teams on December 30.

Strictly on the basis of win-loss records, the Chiefs will have a schedule that is exactly average; in 2019, the teams they will face next season had a combined record of 128-128.

How difficult will that schedule be? Which teams will have it easier — or harder?

Strictly on the basis of win-loss records, the Chiefs will have a schedule that is exactly average; in 2019, the teams they will face next season had a combined record of 128-128.

It’s a simple matter to calculate the strength of each team’s opponents using all four systems and then rank them from easier to hardest. But we’re going to take it one step further, calculating standard deviations from average for each method and then expressing them as letter grades like you got in school.

This has two benefits.

The first is that we’ll be able to see which teams have a significantly stronger (or weaker) schedule than another — something that simply isn’t communicated from a numerical ranking. (You can read more about how this works here).

The second is that calculating standard deviations from average puts these four systems onto an equal footing; we can compare their results directly — and even average them out to get a result that is based on all of them.

Here’s what we get — with an A grade representing an easier schedule and an F grade denoting a harder one.

This tells us that while the calculation of the Chiefs’ strength of schedule is exactly average when based only on their opponents’ 2019 win-loss records, a couple of the other systems see it as a bit easier — and that when those are figured in, the team’s schedule is measurably (but not significantly) easier than we first thought. (Remember the rule of thumb: for a measurement to be significantly different than another, it has to be a difference of at least a full letter grade).

We also see that the various ratings systems can have significant disagreement about the difficulty of a team’s upcoming schedule; look at how they all evaluate the Chargers, Patriots and Giants.

It’s also important to note that just as we’d expect in such an analysis, 24 of the league’s 32 teams have C grades. So when a Patriots, 49ers or Jets fan complains about the raw deal their schedule is handing them, you’ll be able to calmly say, “Well, no. Your schedule isn’t significantly better or worse than three quarters of the NFL’s teams.”

We know, of course, that many of these teams will be better (or worse) in the coming season than we expect. But that’s beyond our ability to predict right now.

So here’s your top-level takeaway: when compared to other NFL teams, the Chiefs’ 2020 schedule doesn’t look too easy — or too hard, either. But it looks like the Ravens and Browns are likely to have an easier time than most teams — and the Falcons and Texans will probably have a tougher row to hoe.