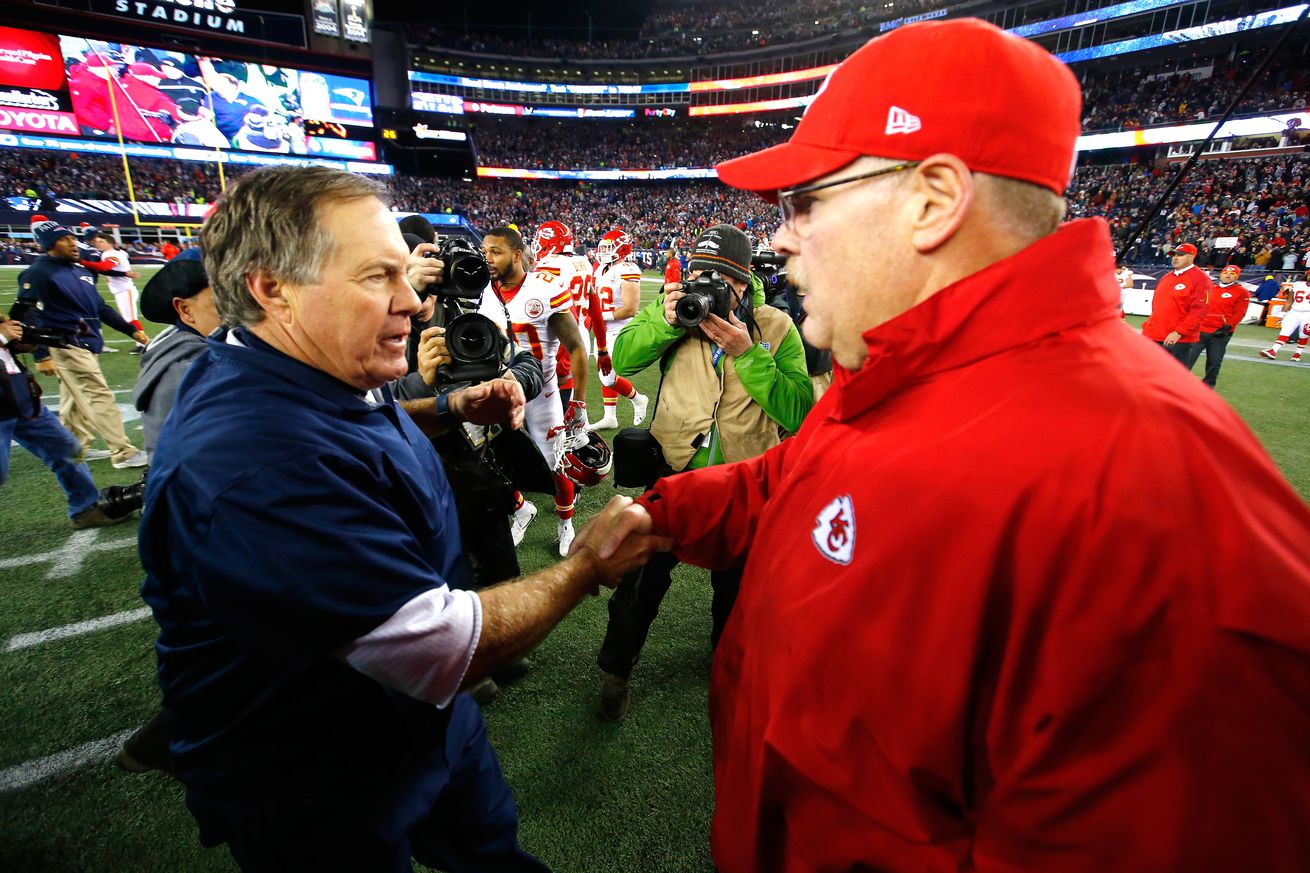 Reports say the game will likely happen on Tuesday — if it happens at all this week.

The game between the Kansas City Chiefs and New England Patriots that was previously set to be played at 3:25 p.m. Arrowhead Time Sunday in Kansas City’s Arrowhead Stadium has officially been postponed by the NFL. The league says it could be played as early as Monday or Tuesday, but it remains a possibility that it could be moved to a later week.

Here is the NFL’s official statement:

The New England-Kansas City game scheduled for 4:25 p.m. ET Sunday will be rescheduled to Monday or Tuesday after positive COVID-19 tests on both teams. In consultation with infectious disease experts, both clubs are working closely with the NFL and the NFLPA to evaluate multiple close contacts, perform additional testing and monitor developments. All decisions will be made with the health and safety of players, team and gameday personnel as our primary consideration.

Further reports suggest that the league is planning to play the game on Tuesday.

This happened after a quarterback for each team — Patriots starter Cam Newton and Chiefs practice squad member Jordan Ta’amu — were both reported to have tested positive for COVID-19 on Saturday. Newton’s first positive test appears to have been reported to the team on Friday night. The Patriots said that on Saturday, they had tested other players who had been in contact with Newton, but none had tested positive.

With Cam Newton out vs the #Chiefs due to a COVID-19 positive test, the #Patriots are expected to start Brian Hoyer vs KC whenever it is, sources say. Not a surprise, as he was the other QB active besides Newton.

The league had already rescheduled a game that was set to be played this weekend. The game between the Tennessee Titans and Pittsburgh Steelers that had been set for Sunday afternoon will now be played in Week 7 after the Titans reported a cluster of COVID outbreaks within their organization during the last week. To accommodate this change, the league had to move the previously-scheduled Week 7 game between the Steelers and Baltimore Ravens to Week 8.

Since the Chiefs and Patriots originally-scheduled bye weeks are in wholly different weeks (Week 10 and Week 6, respectively) it will be harder for the NFL to move Sunday’s game to a later week — that is, if it is not played on Tuesday.

A Tuesday game becomes tricky — specifically when it comes to the Chiefs. After playing the Patriots on Tuesday night, the next scheduled game for Kansas City is five days later — Sunday against the Las Vegas Raiders — and then they are currently scheduled to play four days after that — against the Buffalo Bills.

That would mean three games for the Chiefs in a period of nine days. One has to wonder if the rescheduling of Chiefs-Patriots to Tuesday dominoes into a rescheduling of the next three weeks.

There are still many questions to be answered. We’ll continue to keep you updated at Arrowhead Pride.