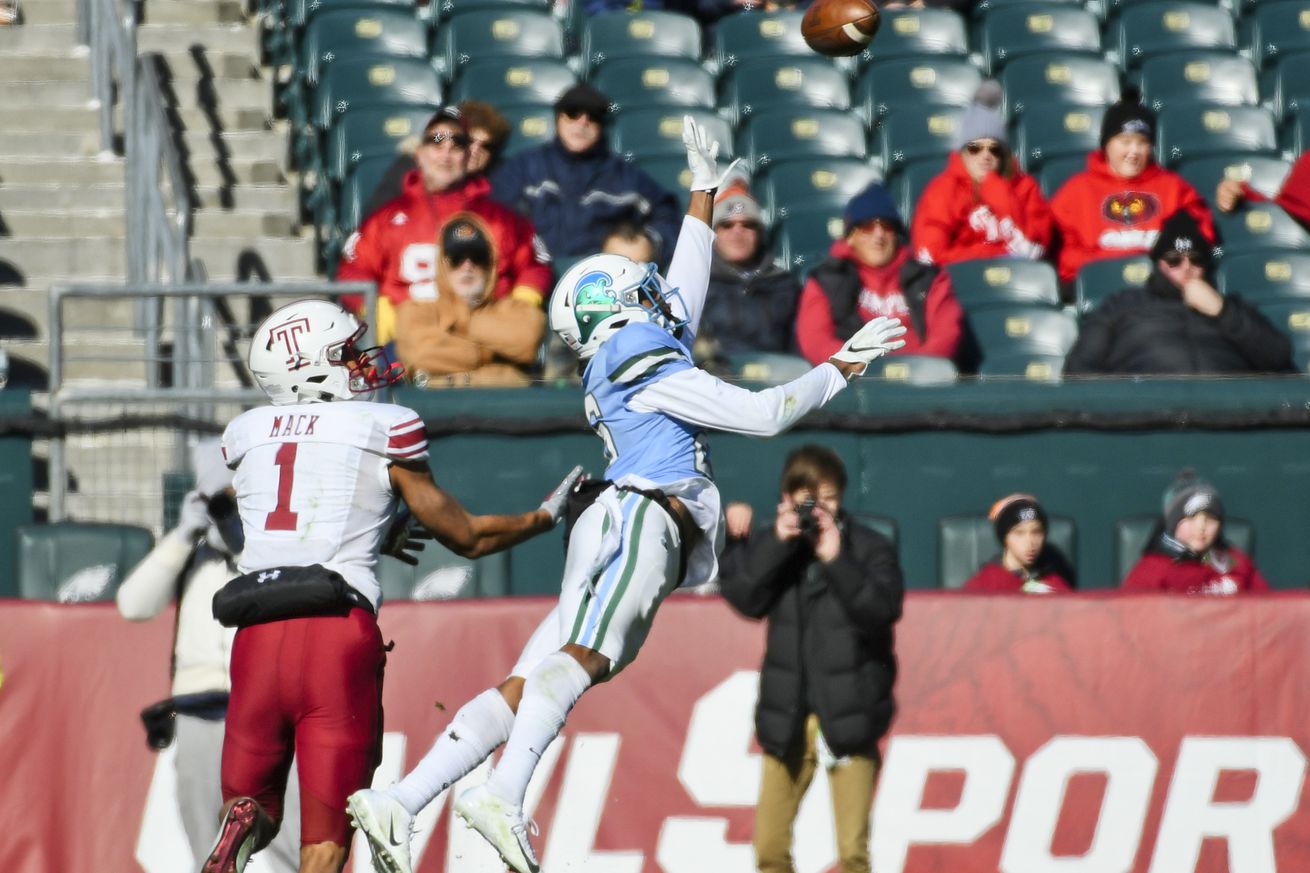 Two of the Chiefs’ three Day 3 picks were used on similar players at a position of need.

The Kansas City Chiefs leave no room for confusion about what kind of playing style they like to see in their cornerbacks.

Length, physicality, and aggressiveness were the traits for which their fourth-round selection — Louisiana Tech cornerback L’Jarius Sneed — was praised. And those same terms were also used to describe the team’s last pick of the draft.

After using all five of their 2020 NFL Draft selections, the Chiefs decided to get back on the board in the seventh round by trading a 2021 sixth-round pick to the Tennessee Titans. They used the selection to secure Tulane cornerback Thakarius “BoPete” Keyes — an intriguing prospect the Chiefs instantly compared to his fellow draftee Sneed.

“Both of them like to get up and press,” Chiefs area scout Willie Davis explained after the draft. “Thakarius is probably a little more physical at the line of scrimmage — and likes to get his hand on people and play physical with them. Long arms, long-limbed kid.”

Chiefs fans have repeatedly heard a cornerback’s length being brought up — but that’s because it’s obvious defensive coordinator Steve Spagnuolo covets it. He frequently plays soft press coverage, where the physicality to disrupt a route at the line of scrimmage and squeeze a receiver to the sideline is significant — and the 6 foot 1, 202 pound Keyes possesses these traits.

“You see the movement from the time he got there to now. The kid — every year — he improved,” said Davis. “Just more knowledgeable of the game, the sport. The way he decided that the best thing that he did, he worked on — and that’s getting up in people’s face and getting his hands on them. I think he figured it out.”

The 22-year old rookie has plenty of developing to do — which is fair, considering he isn’t far removed from his first days as a football player.

“Just starting off in high school, I started playing my junior year,” Keyes told reporters. “I ended up not playing my freshman and sophomore year. I think it was the greatest move that I ever did.”

In the months leading up to the draft, the Chiefs did not shy away from letting Keyes know how tney valued him.

“The pre-draft process, I talked to the Chiefs a lot,” Keyes recalled. “I had a feeling the Chiefs would potentially draft me.”

The pick was certainly a great moment for him — and it made some members of Keyes’ family especially happy.

“It really hit me when I got the call from the Chiefs because just last night, I was getting a haircut. My uncle is a big Chiefs fan, and I had the cape on. He put the big Kansas City Chiefs cape on me when I was getting a haircut, so when I got the call, that’s the only thing I could think about. (Kansas City) being the Super Bowl Champs, just made me hungry and ready to get to work.”

A less-experienced football player taken in the seventh-round may not garner much fanfare — but there’s a reason general manager Brett Veach traded draft capital to get Keyes.

“With his skillset — and the way we play our defense — I think later on in the season he will be able to contribute,” predicted Davis. “Even if it’s on special teams starting out. He is surprisingly… for a corner, he really tackles. He wants to come up and be physical in the run game. I think that’s going to help him early on — running down on special teams until he gets comfortable with the defense and the defensive coaching staff get comfortable with him.”

Because the ongoing COVID-19 pandemic made test results unavailable during the pre-draft process, the Chiefs believe they are getting value with Keyes.

“If he would’ve tested, I really think this kid would’ve gotten drafted higher,” Davis proclaimed. “He has that skillset. Unfortunately, he got hurt and couldn’t test. Luckily we were able to get back in and get him.”

Brett Veach has shown that he is confident in his ability to find talent at cornerback by using little draft capital. So far, it has worked out for him — and his last pick of the 2020 draft definitely has the support to continue making Veach look like a genius.

“I think he has a great shot of making it on special teams and then developing into that fourth corner,” said Davis. “He has that skillset. He has that mentality. He has that work ethic. I can see him contributing this year.”

Playing a position that requires a great deal of it, Keyes possesses plenty of self confidence.

“I know that I got drafted in the seventh round, but I’m just ready to get on the field and do everything to show everyone that I can potentially be the best corner in the league… soon.”