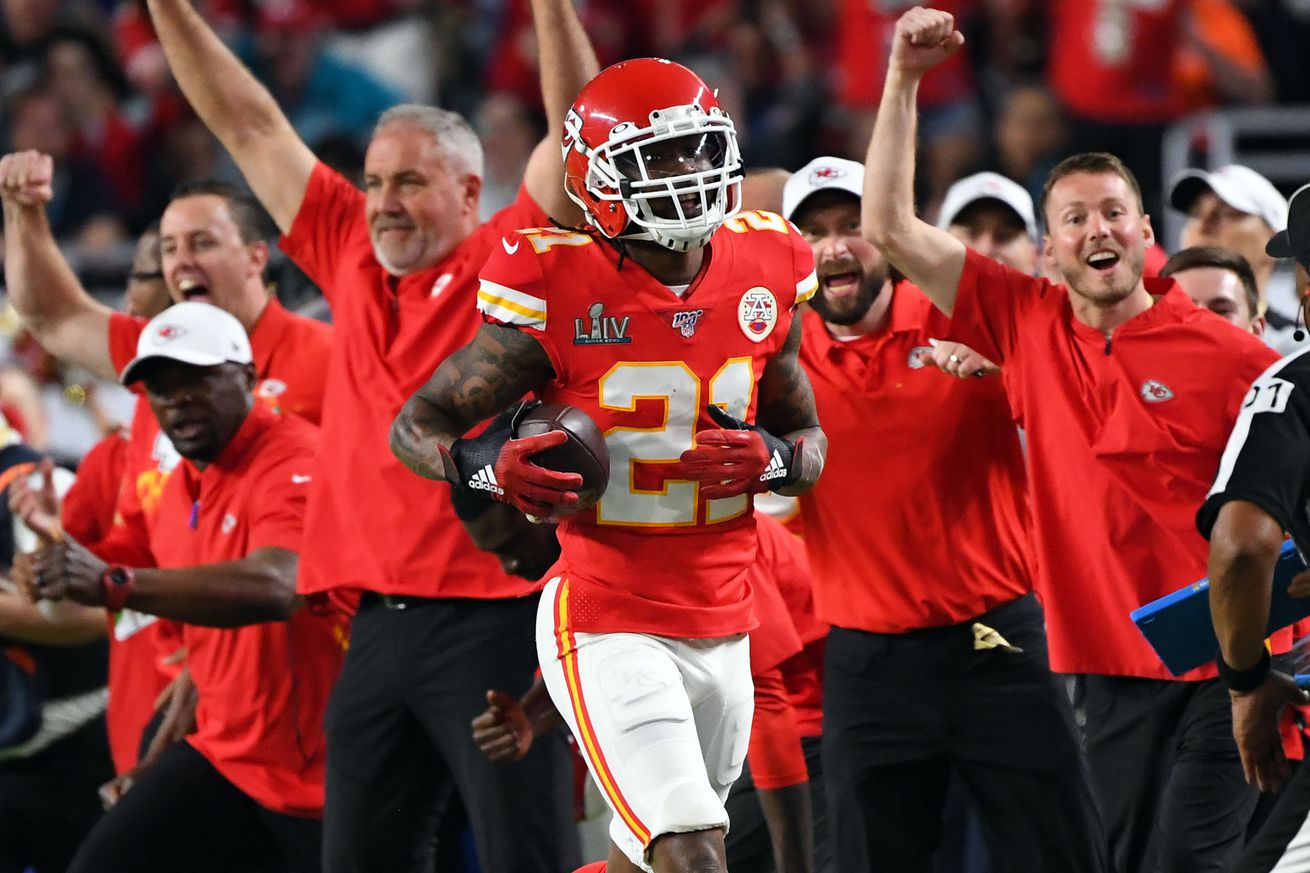 On Wednesday, the Chiefs cornerback appeared on Good Morning Football to talk about the team — and his pending free agency.

We’ve known for a while that after the 2019 season, the Kansas City Chiefs were going to have to make some moves in the secondary. Charvarius Ward and rookie Rashad Fenton are only recognizable cornerbacks currently under contract for 2020. Their fellow corner Bashaud Breeland — along with Kendall Fuller — are entering free agency.

Let’s remember that in the summer of 2018 — when the Chiefs were first interested in him — Breeland had left the Washington Redskins to sign a three-year, $24 million contract with the Carolina Panthers. But that contact had been voided when Breeland failed a physical because of an infection. Ready to play by the close of team training camps, he was courted by the Chiefs and several other teams — none of which were apparently able to give Breeland the contract he wanted.

So midway through the season, Breeland ended up settling for a one-year deal with the Green Bay Packers, who didn’t think enough of him to offer him a contract for 2019 — opening the door for the Chiefs to make a team-friendly one-year deal to shore up their secondary.

“I just want to get what I deserve from this league.” — Bashaud Breeland

But now, Breeland is healthy and coming off a good season with a championship team. While appearing on NFL Network’s “Good Morning Football” (GMFB) on Wednesday morning, co-host Nate Burleson asked Breeland if he intends to reset the cornerback market.

“I never really thought about that aspect,” he replied. “I mean, everybody wants to go get their money. At this point, you’ve really got to look for what you deserve. I just want to get what I deserve from this league.”

That could (once again) be a problem for the Chiefs, who now have decisions to make about new contracts for freshly-minted Super Bowl MVP Patrick Mahomes, defensive tackle Chris Jones and several other key players.

But Breeland believes he has the skills to get a top free-agent contract.

“I bring a lot of physicality,” he told the GMFB hosts. “I’m technical and willing to tackle. I can play most positions in the secondary — outside, inside and I can also play safety a little bit, too. I just bring a competitive nature to the team.”

Still, when reminded by Kay Adams that Burleson had introduced the segment by saying the Chiefs might not have won the Super Bowl without him, Breeland demurred.

“No, I wouldn’t say that,” he said — as Burleson shook his head and pantomimed money being counted. Everyone laughed.

But on the other hand, Breeland also clearly appreciates where he is, saying that safety Tyrann Mathieu is a “different being” who is “not of this world” and brings an edge to the entire secondary. And he considers head coach Andy Reid to be a father figure to himself and his teammates.

“When you walk in the room [with him], you can feel the presence — like he means business — but at the same time, he knows how to relate to you and talk to you like you’re safe… you’re good. You can be yourself. You can show your personality.”

Breeland hasn’t yet been specifically linked to a team showing interest in him. But a spot check of social media shows fans across the league who see him as an answer to their own team’s problems. Keeping him in Kansas City could prove to be prohibitively expensive — even for a team whose Super Bowl aspirations have now become more than a pipe dream.