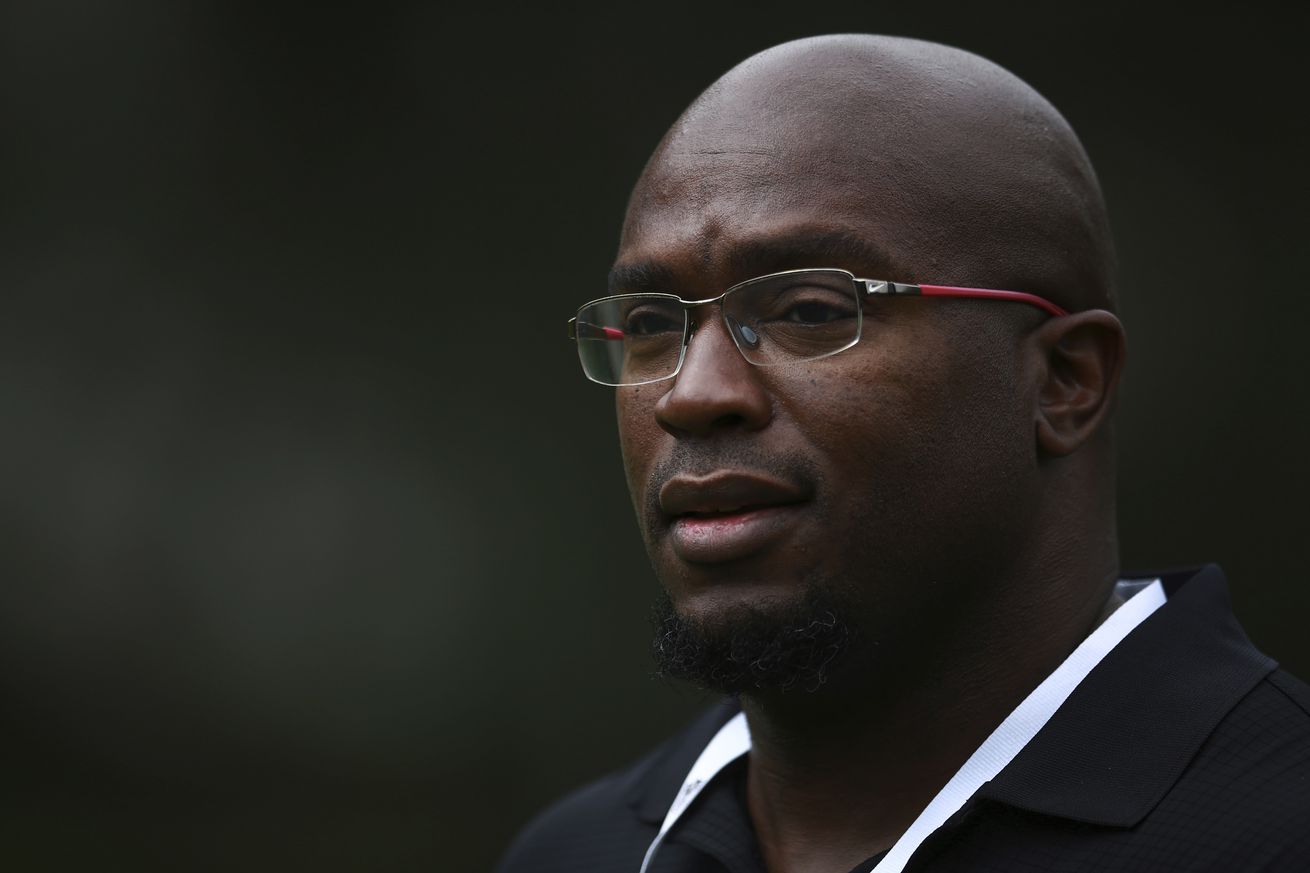 Will Shields and his wife Senia announced Thursday that they will donate 96,000 meals to two nonprofit organizations in Kansas City, Missouri.

The addition of Remmers gives the Chiefs some versatility for their offensive line. He could wind up starting at left guard, or he could be their swing tackle, the first reserve off the bench on either side of the line. He also could fill in at guard if needed.

Former Giants’ CB Antonio Hamilton is signing a one-year deal with the Chiefs, per @RosenhausSports, who added that Hamilton turned down more money from another team. Hamilton is first free agent the Chiefs have signed this off-season.

Sanders had appealing NFC options. He spoke with the Dallas Cowboys and Green Bay Packers but preferred to wind up with the Saints, where Sanders landed a $16 million deal worth up to $19 million, sources told ESPN’s Adam Schefter.

Coincidentally but perhaps aptly symbolic, Kevin Harlan will turn 60 on June 21 — the originally scheduled latest possible date for the NBA Finals that would punctuate what might be perceived as a berserk annual calendar for the enthralling broadcaster whose words are as riveting as his voice.

We are now three days into the new league year and we are still trying to catch our breath from all of the big moves that have taken place. Tom Brady is officially a member of the Tampa Bay Buccaneers, the DeAndre Hopkins and Stefon Diggs trades are now official and there were a couple of other big moves that went down on Friday as well.

It’s incongruous to see quarterbacks who have longtime associations with one team, including winning Super Bowls, play out their final seasons elsewhere. But it has happened a number of times.

It perhaps has never been as prevalent as it is in 2020, with Tom Brady leaving New England for Tampa Bay and Philip Rivers moving from Southern California to Indianapolis.

But it’s not exactly business as usual for the NFL in the age of COVID-19. And the league doesn’t consider itself lucky because of the timing of the outbreak in U.S., said Allen Sills, the NFL’s chief medical officer.

“This is a global health crisis, and we in the NFL, as a major part of the fabric of American life, are extremely concerned about this,” Sills said. “We take very seriously our responsibility in these times.”

Patrick Mahomes and Travis Kelce were first to respond to the challenge, making their own donations, and Tyrann Mathieu was the latest to do so on Friday.

In partnership with Harvesters food bank, Mathieu and the Tyrann Mathieu Foundation are donating 30,000 meals to families affected by the coronavirus (COVID-19).

Mock draft: How the Chiefs might pick with the current roster

The first wave of free agency is over — and the Kansas City Chiefs have yet to make any moves — or even decisions — on players like Chris Jones, Sammy Watkins and Laurent Duvernay-Tardif.

So we decided to try a mock draft based on the assumption those three players remain in Kansas City through 2020. Here’s what we came up with:

How the Chiefs could keep Sammy Watkins

I have worked out three different structures for a two-year contract extension for Watkins. Each of these tables shows what Watkins’ current deal looks like — along with what the new deal would provide from 2020 through 2022.

An update on #FeedItForward, which has surpassed $10,000.

We were able to feed more than 150 local nurses today w/ @jackstackbbq & more deliveries are scheduled for Monday.

We have combined efforts w/ a local business owner & have a “Go Fund Me” set up.https://t.co/vUG1oi99sR pic.twitter.com/tGKdTMyfbU