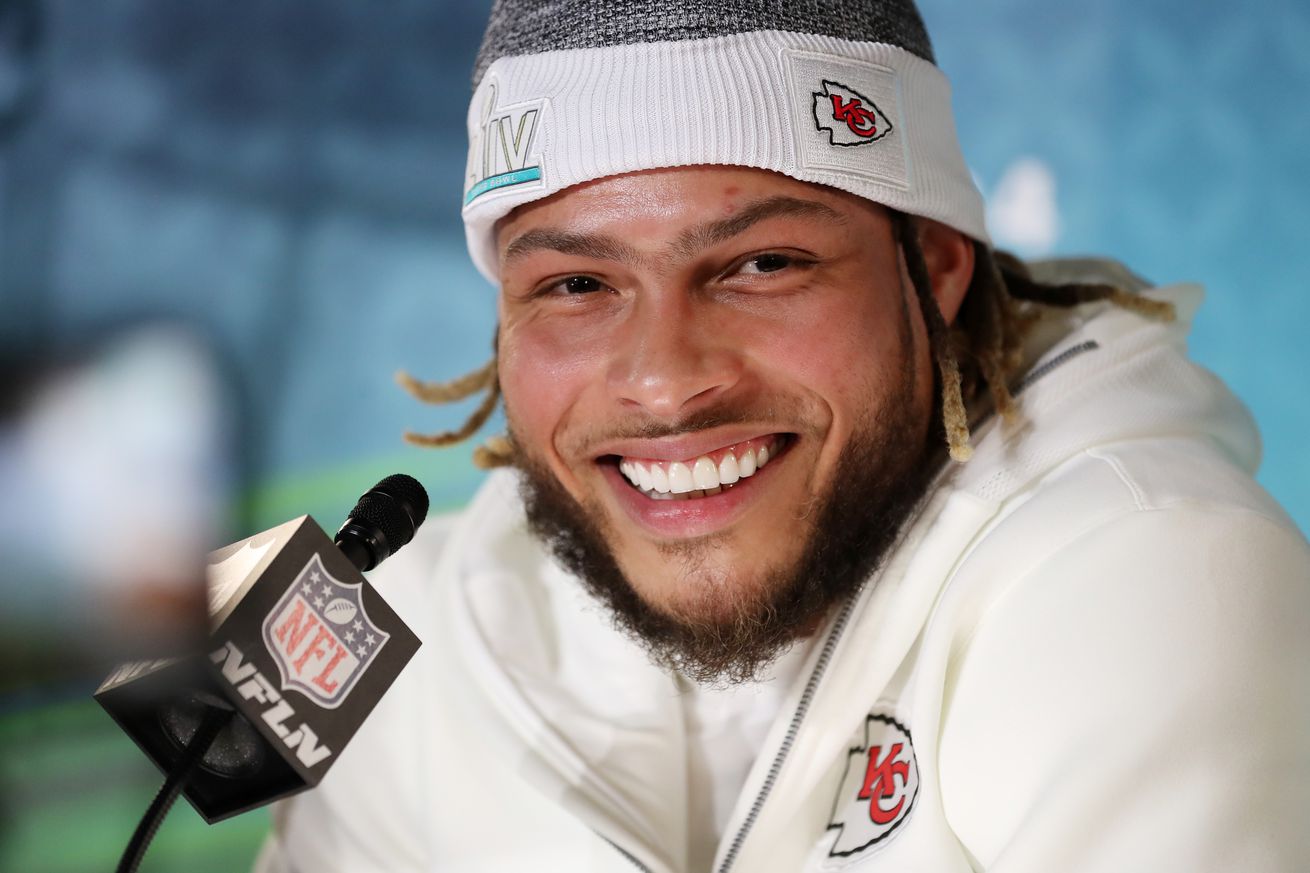 “Every team I’ve played on, everybody wants to try to act like me or emulate my attitude or energy level,” Mathieu said. “It’s a good feeling to have guys that are far younger than me watching me and are really studying me. I think it speaks volumes really to the people around me. I’ve been able to just believe in myself and continue to go forward. If you ask a lot of people, a lot of guys would probably raise their hands when it comes to whether or not they look up to me. I’m in such a great position to be a role model not only for the youth but my peers as well.

Several of the Chiefs’ cornerbacks—Kendall Fuller, Morris Claiborne, Bashaud Breeland and Keith Reaser—are scheduled to become free agents later this month. Per PFF, Fulton is tied for the most forced incompletions over the past two seasons.

The best and worst recent NFL free-agent signings for all 32 teams: Picking deals since 2015 | ESPN

Best free-agent signing: OT Mitchell Schwartz. Tyrann Mathieu is another strong candidate, but Schwartz has been playing a strong right tackle since he signed in 2016. One reason the Chiefs have won four straight AFC West championships is that Schwartz has effectively neutralized some of the division’s top pass-rushers, including Von Miller, Melvin Ingram III and for a time, Khalil Mack.

Worst free-agent signing: LB Anthony Hitchens. He hasn’t had the impact the Chiefs hoped when they signed him in 2018. He was enough of a liability in pass coverage that he played in less than a third of third-down snaps last season. — Adam Teicher

Adding a speedy pass rusher with outstanding first-step quickness and burst could help the Chiefs’ defense preserve leads with Patrick Mahomes lighting up the scoreboard every week.

Chiefs GM Brett Veach will have to be creative to keep Jones around with the Patrick Mahomes contract extension pending, but it’s certainly not impossible. Jones has become one of the league’s elite interior pass rushers in his four seasons and was a difference maker during the Super Bowl. If the Chiefs can’t find common ground, they will likely franchise and trade Jones for draft capital.

2020 NFL Mock Draft: Colts trade up for QB, Eagles and Bills get aggressive for WRs in frenetic first round | CBS Sports

The first round ends with a Horned Frog run as the Chiefs snap up the rock solid Gladney to help overcome the expected talent loss at the cornerback position.

The Best, Most Logical, and Most Out-There Landing Spots for the Top QBs on the Market | The Ringer

I envision Rivers playing football this season. Few guys I’ve ever spoken with have more passion for the game, and if Rivers still wants to play, he’ll have a job somewhere. But after recently moving his wife and nine children from San Diego to Florida, it’s possible that Rivers wouldn’t be interested in spending half the year in Indiana. This is the same guy who decided that he’d rather commute 90 minutes to Orange County than relocate his family to Los Angeles after the Chargers’ move in 2017. If ESPN misses out on Peyton Manning, it’s not out of the question that a lucrative offer and the chance to spend more time with his family could lure Rivers to TV.

“We are very excited about being named to play in the Hall of Fame Game this year,” Cowboys owner Jerry Jones said. “When we learned that Jimmy Johnson would be involved in the August (and not September) ceremony in Canton, we approached the Hall of Fame and expressed a strong interest in being a part of honoring his legacy and induction by bringing our team and Cowboys fans to Canton.

If this is the end of Marshal Yanda’s career, he played a great one. He played in 177 NFL games and started in 166 of them, accumulating a grand total of 7,376 offensive snaps. Across those 177 games, Yanda totaled only 43 penalties. In 2017, he produced a perfect season with zero penalties.

As for achievements, Yanda is an eight-time Pro Bowler and seven-time All-Pro (2x First-Team, 5x Second-Team). Yanda is also a Super Bowl XLVII Champion. More than anything, he is deserving of a bronze bust in Canton, Ohio, joining 15 other guards in the Pro Football Hall of Fame.

10 Chiefs statistics to keep in mind this offseason

The offense had wide receiver Tyreek Hill, left tackle Eric Fisher, running back Damien Williams and the rest of the usual starters on the field simultaneously for approximately 14% of the snaps in the regular season.

You can never expect an NFL team to go through the season at full health — but the injury list in 2019 became ridiculous for the Chiefs. Tight end Travis Kelce, center Austin Reiter, and right tackle Mitchell Schwartz were the only starters that didn’t miss a game. The team will hope for better luck in 2020.

Here’s a look at the rule change proposals that have been submitted by clubs in advance of the 2020 @NFL season: pic.twitter.com/3eNV1mWr6X