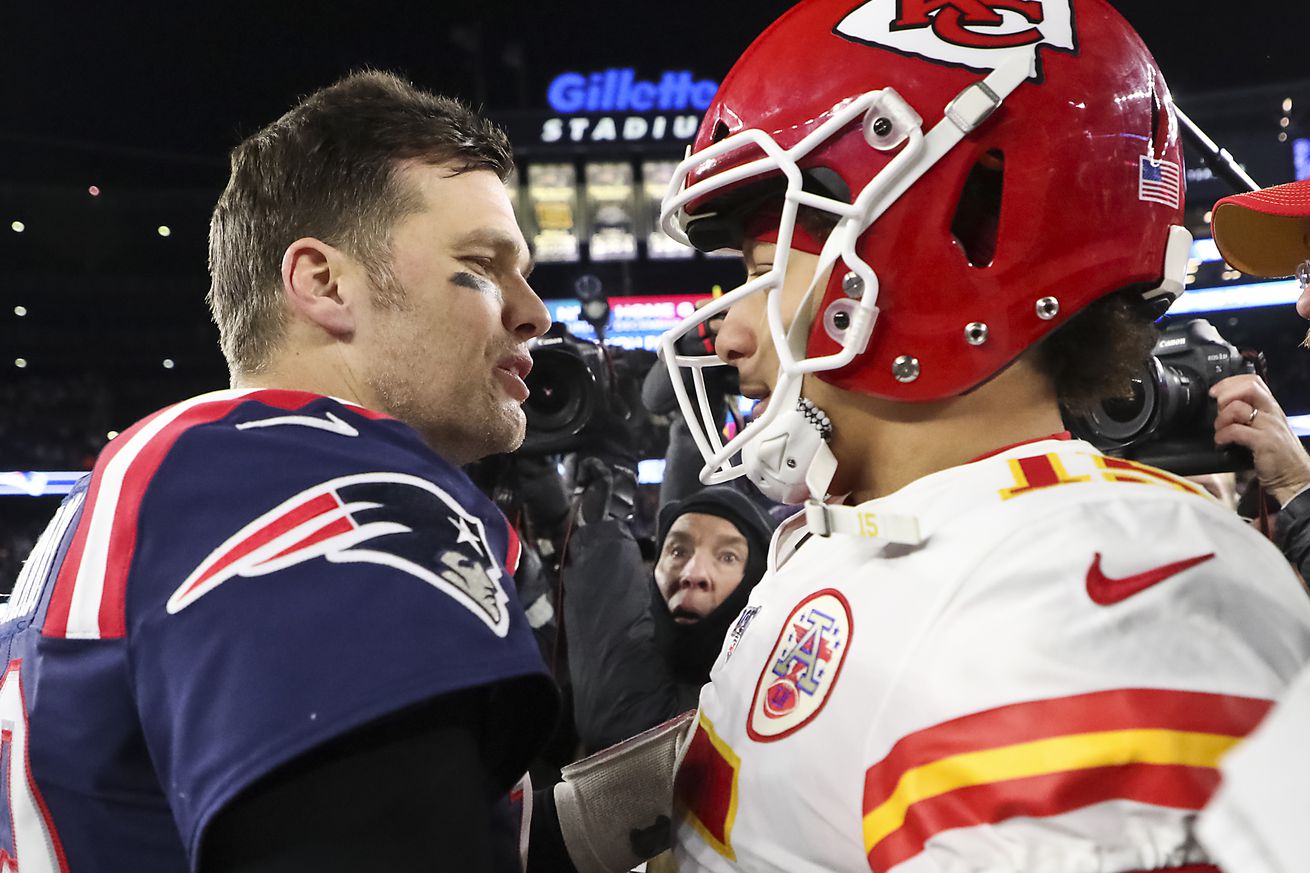 Even though being paid over $30 million annually by a quarterback-desperate team like the Los Angeles Chargers or the Las Vegas Raiders is great for the bank account, Brady would be a fool to enter a division already owned by Patrick Mahomes and his Kansas City Chiefs.

Reid got the monkey off his back by winning his first Super Bowl and shedding the label of winningest active coach not to do so. His offensive schemes with the Chiefs have been impressive, and he’s shown his bad decision-making and time management issues are in the past. He also has a head coaching tree that is the most impressive in the NFL (certainly better than Belichick’s).

”He made it feel like a family atmosphere. He made everybody feel like they were a part of it, and I could feel that even when I was recruited by these people,” Mathieu said on the “At Home with Linda and Drew Scott” podcast, via the Kansas City Star. “Once I got in the building, it was the same thing. I think from top to bottom, they make it feel like family. I think it’s kind of understated. You’re dealing with a lot of alpha males and you expect them to come to work and be ready to work. But if you’re able to create a certain environment for these players, you’re able to get the best out of them and family environments tend to get the best out of alpha males and different guys like that.”

With Ward entering a contract year in 2020, at least one spot is in good hands for another season and he’s a player the Chiefs should look to lock up with an extension.

The Chiefs, though, have decisions to make at cornerback when considering Breeland, Fuller, Claiborne and Reaser are scheduled to become unrestricted free agents on March 18.

The Chiefs’ cap space, which Spotrac projects to be just $16.5 million in 2020, likely signals the team can’t afford to bring back all four cornerbacks.

As for the two teams from Super Bowl LIV, the Chiefs probably have a better chance of repeating if we’re looking at SOS only. The Chiefs are one of two teams that have a strength of schedule of exactly .500 (The Panthers are the other). On the 49ers end, they’ll be playing the fourth-most difficult schedule in the NFL, and that mostly has to do with the fact that they have the hardest first-place schedule of any team. For winning the NFC West, the 49ers have to play the Packers and Saints in 2020, two teams that had a combined record of 26-6.

He was a man known for many things, but bringing in key members of one of the best defenses in NFL history should be near the top of that list.

”There were three Hall of Famers from historically black colleges on our defense,” linebacker Willie Lanier said of the 1969 Championship team. That included Lanier (Morgan State), Buck Buchanan (Grambling) and Emmitt Thomas (Bishop).

”(Wide receiver) Otis Taylor (Prairie View A&M), who was recently inducted in the Black College Hall of Fame, was another. Obviously those individuals had a whole lot to do with being able to create a competitive balance and the opportunity to win the only Super Bowl in the franchise’s history.

”The amount of talent Wells brought in should be acknowledged.”

As we all know, the Chiefs went home with the Lombardi Trophy, so those posters should have been destroyed or recycled or whatever happens to memorabilia for the losing team in a championship game or series.

As part of the proposed playoff format, only one team from each conference would receive a first-round bye as opposed to the two that currently do, league sources said. That would mean a revised postseason schedule that includes six games on wild-card weekend, with three on Saturday and three on Sunday.

The changes to the NFL’s playoff format would take effect for the 2020 season, assuming the new CBA is ratified beforehand. Had the proposed format been in place this past season, the Los Angeles Rams and Pittsburgh Steelers would have been the next teams included in the expanded playoff field.

”That’s been agreed to for a long time,” one source familiar with the CBA talks said about the NFL’s new playoff structure. “There wasn’t a lot of disagreement to that issue.”

Peterson had signed a two-year deal with the team option last offseason. He will receive a $2.25 million base salary with a roster bonus of $109,375. He carries a $3.1 million salary-cap hit.

The Redskins had communicated to Peterson that they planned to pick up the option, according to a source, but didn’t have to make it official until no later than 22 days before the start of the league year on March 18.

2) Denver Broncos: The Broncos are compelling because of the man in charge. Few individuals in the sport carry the cachet and name-brand pop of one John Albert Elway Jr., the Hall of Fame quarterback turned front office wunderkind turned fan base scapegoat. The Broncos have missed the playoffs in four straight seasons since their conquest in Super Bowl 50, and Elway — in his role as general manager and czar of football operations — will be under immense pressure to get the organization back on track. Other savory subplots: the rap stylings of quarterback Drew Lock and the always entertaining Von Miller. One final note here: It’s fair to wonder if the Broncos’ unsettled ownership situation would prompt NFL Films to take Denver out of the mix for the time being.

A total of 337 players were invited to Indianapolis for this year’s combine. It’ll begin Feb. 23 when the quarterbacks, receivers, and tight ends check in, although drills won’t start until a few days later. The full NFL Combine schedule can be seen here, but what most fans care about is the on-field workouts. These are the dates for each position group:

Laurent Duvernay-Tardif has missed 18 of 48 regular-season games the last three seasons. Patriots guard Joe Thuney has missed zero in that time span. In fact, Thuney has yet to miss a game in his four-year career — regular season or playoffs. The North Carolina State alum earned a starting spot at left guard in his rookie season and hasn’t looked back. The Chiefs need that kind of stability in the interior of the offensive line.

Thuney would thrive in the Chiefs’ outside zone-heavy scheme with his exceptional movement skills. He could move over to right guard if they wanted him to be a direct replacement to Duvernay-Tardif if the team moves on from him. It really doesn’t matter where they play along the interior. Thuney has some positional flexibility, kicking out out to right tackle at one point in his career to replace an injured Marcus Cannon. From an ability, flexibility and consistency standpoint, Thuney would be an excellent — albeit expensive — addition to the Chiefs’ offensive line room.