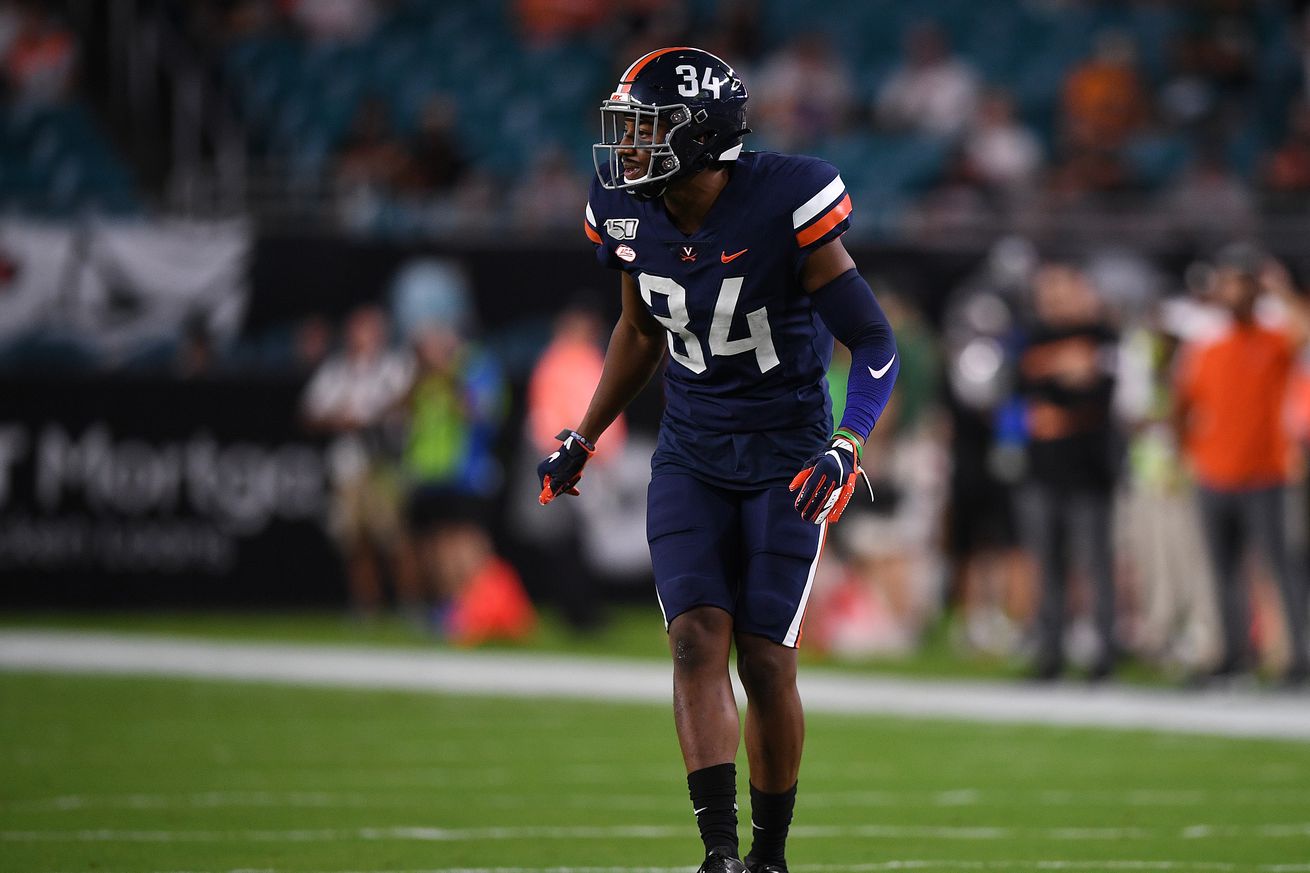 While former Mississippi State linebacker Willie Gay Jr. (the 63rd overall pick) fills a need on defense, the Chiefs should have used that pick on a cornerback, as Kansas City still hasn’t addressed arguably their biggest need heading into the final day of the draft. Kansas City’s second Day 2 pick, former TCU lineman Lucas Niang, was a great value but is developmental pick that is not supposed to make any sort of impact in 2020.

The Chiefs are coming off a Super Bowl win, but while other title contenders made clear upgrades to their 2020 rosters on Day 2, Kansas City might have lost some ground in the race to build a Super Bowl LV winner.

Day 2 grade and analysis: B

If Gay has matured sufficiently to take advantage of his athletic talents, the Chiefs will love his game in the middle of the defense. He’s a boom-or-bust prospect who could prove a nice find, not unlike former third-rounder Justin Houston back in the day. If Niang did not have his final collegiate season cut short due to injury, I think his power and nastiness would have pushed him at least into the late second round. The Chiefs did not pick a cornerback, though, which is a problem given their lack of depth at the position.

Gay was a late riser up draft boards thanks to a stellar Scouting Combine showing that saw him dust off a 4.46s 40 time at 243 pounds. That’s the kind of straight line speed that would help him cover Tyreek Hill, Demarcus Robinson, and Mecole Hardman if they weren’t already teammates. He’s a linebacker with the coverage speed to handle George Kittle up the seam … you know, just in case Super Bowl 54 happens again.

Gay has prototypical linebacker size but, more importantly, he plays with sideline-to-sideline speed, which is something Kansas City’s linebacking corps lacked last season. This pick was made with the hope that the Mississippi State product will eventually play all three downs. Don’t be surprised if that happens sooner than later.

There was speculation about the Chiefs trading up for a receiver in Round 1. Instead, they wait and get another burner to add to the offense.

In time of flux, Super Bowl-champion Chiefs are equipped for the challenge of a repeat | Kansas City Star

With so much uncertainty looming over everything from offseason training programs to even whether a full schedule can be played this season, no NFL team is better contoured and equipped for the unpredictability and haze than this one is.

And we could have said that before the Chiefs added Edwards-Helaire and Gay, dynamic talents Reid says “bring things that are going to help us and have a chance to help us quickly.”

Maybe so. Probably so, even.

The bottom line: Chiefs quarterback Patrick Mahomes is so talented that surrounding him with as many playmakers as possible is only going to make Mahomes and the Chiefs offense that much better. That in turn makes the Chiefs as a whole better.

Paul Klee: Ready, set, go! Broncos use NFL Draft to speed up their pursuit of Chiefs in AFC West | The Gazette

Run, K.J., run. Sorry to say, but the Broncos have been boring. They can’t score. And no one should be surprised Elway is sick and tired of seeing only the backs of Kansas City’s jerseys. So he countered. Elway found a kick and punt returner who moonlights as perhaps the fastest wide receiver in the draft. It’s a fun dream to think you’re going to beat Super Bowl champion Patrick Mahomes with a stout defense and final scores of 16-13.

Snagging my model’s 24th-best overall player and third-ranked corner at Pick No. 61 is a big windfall for the Titans. Fulton had 20 forced incompletions in 2019 at LSU (tied for most in the FBS, per PFF) and his 44.9 completion percentage allowed in coverage was a top-20 mark. My computer vision adds that he has experience and high-level production against every route in the route tree, as well.

Tennessee and Indianapolis are the (way too) early favorites to take the division, per my model. For the Titans — and its rising offense — to stave off the Colts and the reigning AFC South champs Texans, they’ll have to continue reinforcing a defense that will feature a new defensive play caller and figures to face a lot of passes late in games.

If you were to draw up a game plan to passive-aggressively needle the Packers’ fan base and franchise quarterback over the course of 24 hours, taking Aaron Rodgers’s eventual replacement in the first round and a running back in the second would’ve been a good way to start. Green Bay took A.J. Dillon out of Boston College with their highest Day 2 pick, despite having a talented back in Aaron Jones on the roster already.

First-round pick Jordan Love told ABC that he had a conversation with Rodgers during Friday’s draft show, but it’s difficult to imagine this was a series of events that pleased the future Hall of Fame quarterback. And, in case Brian Gutekunst hasn’t realized, Rodgers will find a way to make that known at some point. It will be a hurdle to get over.

The Broncos are trying to figure out what they have in the second-year passer from Missouri, and in the process, they’re giving him the tools to be a star. Alabama’s Jerry Jeudy fell into Denver’s lap in the first round, and they doubled up at wide receiver with Penn State’s K.J. Hamler at pick 46. Jeudy is the best route-runner to come into the league in years, and Hamler boasts sub-4.3 speed. Jeudy, Hamler and Courtland Sutton strike your fancy, Drew?

The Bears had the league’s least productive group of tight ends in 2019. Veteran Trey Burton led Chicago tight ends with only 14 catches, while J.P. Holtz topped all tight ends on the roster with just 91 receiving yards.

Trent Williams and Yannick Ngakoue: So much for veteran trades in this draft, barring some low wattage moves on Day 3. The Vikings, who were reportedly interested in Williams, drafted tackle Ezra Cleveland. The Jaguars said publicly that there were no offers for Ngakoue and his options to get out of town are limited. Would Williams potentially sit out two straight seasons to avoid playing for Washington again?

Matt Lane: Even if he doesn’t see a lot of playing time early in his career, Lucas Niang is a fantastic value for the Chiefs at pick 96. If the Chiefs so choose, he has the make-up and power to play on the interior, but there are few examples of players starting at guard before kicking out to tackle. As a potential tackle of the future, Niang may be a redshirt pick — but the upside is phenomenal. He needs some work on his kick-slide — even before his hip labrum injury, it looked uncomfortable — but his raw athleticism and upper body power is eye-opening. The biggest thing to monitor is the position where the Chiefs will use him; in his final two years at TCU, he played right tackle. Grade: A-

“The entire league is chasing the Kansas City #Chiefs, but we’re in the same division. They just keep getting faster and more athletic and more dynamic every time you turn around…we’re trying to do that with both sides of the line of scrimmage.” – #Raiders GM Mike Mayock