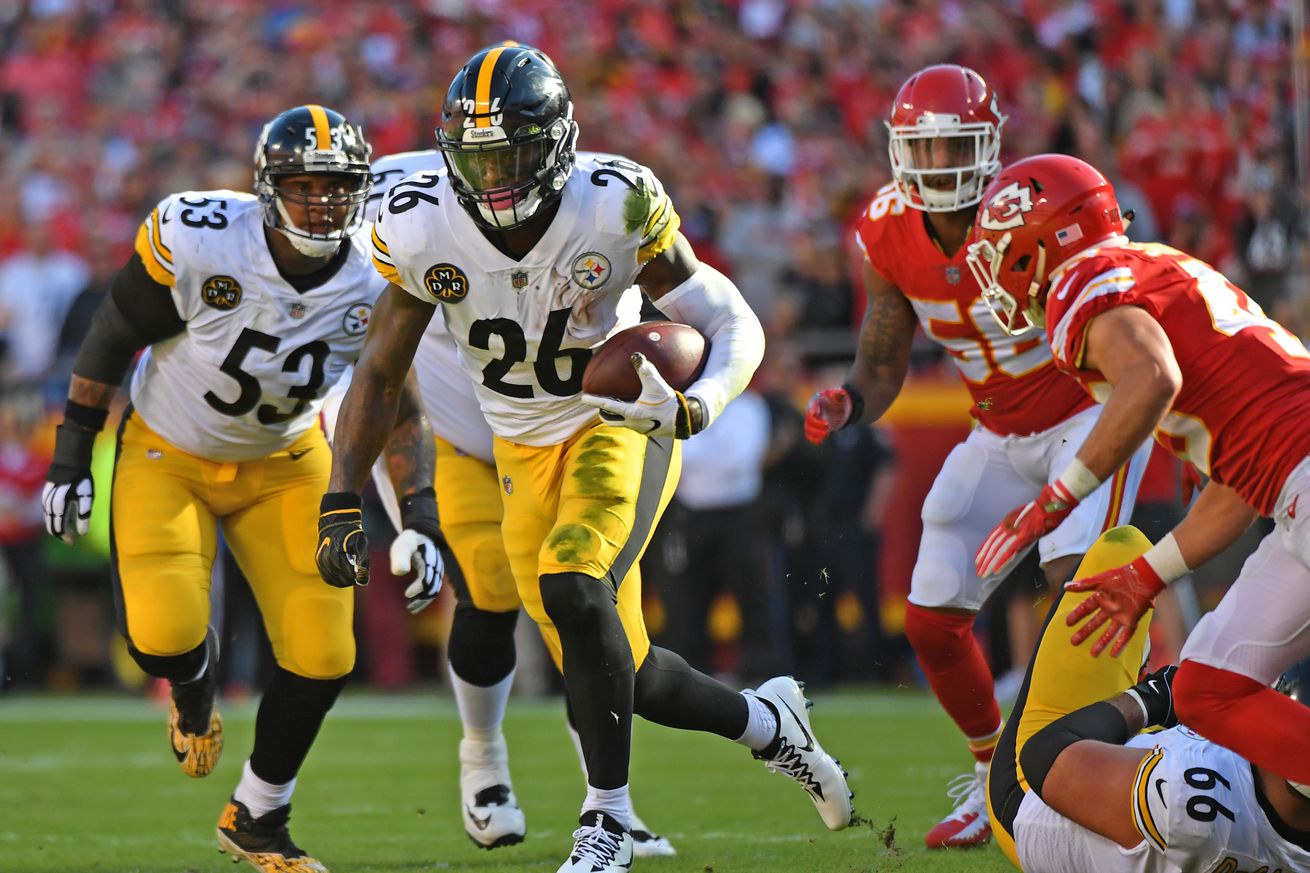 The move made almost too much sense for the Chiefs, although there’s an obvious question they need to answer. A few months ago, Kansas City spent a first-round pick on tailback Clyde Edwards-Helaire, now a starter. The former LSU star—granted a clear path to the Chiefs’ starting role once returning starter Damien Williams opted out of the year due to COVID-19 concerns—has been a solid contributor. Edwards-Helaire had an exciting debut, rushing for 138 yards and a touchdown against the Texans. He’s cooled since, though, amassing 100 scrimmage yards just once in the past four games. His negative-12 rush yards below expected ranks eighth worst among qualified ballcarriers and his negative-0.15 rush yards below expected per attempt is tied for 10th-worst, per Next Gen Stats. He’s learning, and there are still signs of meaningful production. Edwards-Helaire is 10th in the league in rushing yards (344), averaging 4.2 per carry. He’s a versatile back whom the Chiefs have aligned out wide (13 snaps, per Pro Football Focus) and in the slot (eight) to keep defenses off balance.

The base salary will be prorated for the five games Bell was not on the Chiefs, meaning he will make around $690,000. He can earn up to $1.69 million in total this season with Kansas City before hitting 2021 free agency at age 29.

DP: It’s always jarring when a defense makes Mahomes look human. That’s what the Raiders were able to do in Week 5, as they forced Patrick to hold onto the ball an average of a full second longer than usual, per Next Gen Stats, and handed him the most lopsided loss of his career. The margin was eight points, giving you an idea of how well the man’s NFL tenure has gone. So, dwell on the late INT (his first of the season) and career-low 51.2 completion percentage if you’d like. We’re not going to take his weekly all-world stuff for granted, including escaping a collapsing pocket just in the nick of time before firing a dart for a TD and throwing across his body while on the run to convert on third-and-15. Even his hiccups are spectacular.

Stat to know: Kansas City quarterback Patrick Mahomes began his 2018 MVP season by completing 64% of his passes for 1,513 yards, 14 touchdowns, two interceptions and an 86.1 Total QBR through five games. That stat line isn’t too far from what Allen has done through five games this season: 69% passing, 1,589 yards, 14 touchdowns, three interceptions and an 85.2 Total QBR.

On the spot: Chiefs RB Clyde Edwards-Helaire . Bell won’t be able to join Kansas City for this game due to COVID-19 protocols, so Edwards-Helaire has one more game to prove that he deserves the lion’s share of touches in the Chiefs’ backfield.

Bills QB Josh Allen: Allen can ill-afford to get too hyped up for his matchup with Mahomes. He needs to stick to what he does best and use his legs judiciously to give the Bills their best chance at scoring an upset.

Sam Darnold to the Steelers

Actually moving Sam Darnold would be complicated now, because doing so would essentially cement the franchise’s waving the white flag. Also, Adam Gase would assuredly fight against any efforts to deal Darnold because the rookie’s development over the second half of the season represents the lone sliver of a chance he has at retaining the head-coaching job. I’ve heard an interesting case made that if the Jets continue to falter and earn the No. 1 pick, they should hold onto Darnold and trade the selection for what will inevitably be the largest bounty since the Ricky Williams deal. Trevor Lawrence is a franchise-altering superstar … but … does he fit with a Jets team that needs an upgrade at roughly 20 of the 22 starting positions? Would they just squander his already superb talent? If the Jets were committed to clearing the deck and hiring a coaching staff that would be amenable to Lawrence, the Steelers would represent a fascinating trade partner for Darnold. Pittsburgh has shown, like other clubs perpetually picking in the high teens to late 20s, that the only way to acquire top-of-the-draft talent is to deal picks for damaged goods. Darnold represents the kind of Ben Roethlisberger successor many felt the Steelers missed out on when they dealt last year’s first-round pick for Mikah Fitzpatrick, and the current Jets QB could be had for a cheaper price.

All NFL games for this week remain on schedule, a league source told ESPN’s Dianna Russini on Friday.

“We’re under the assumption and the understanding that this game is going to go off on time,” Broncos coach Vic Fangio said Friday. “And anything that happens otherwise will happen when it happens.”

Friday’s positive test for the Patriots comes one day after quarterback Cam Newton, cornerback Stephon Gilmore and practice squad defensive tackle Bill Murray practiced for the first time after being taken off the reserve/COVID-19 list.

Arch Manning is the 15-year-old superstar nephew of Peyton. This is what you need to know | SB Nation

Where does Arch Manning go to school?

Manning goes to Isidore Newman School, a private school in New Orleans where his father and two uncles also played. The Mannings aren’t the only NFL superstars the high school has produced: Odell Beckham Jr. graduated from Newman in 2011.

Bell is a running back, but the aspect of his game that makes him such a special player is his ability to line up as a wide receiver as well.

In the four full seasons he played in Pittsburgh, he split out in a wide receiver position for at least 13% of his snaps each year. This includes being in the slot on the outside. The Jets didn’t utilize him as much in that role; he only saw 9% of his snaps lined up as a receiver while he was there.

For comparison’s sake, the Chiefs did show a willingness to line up running back Damien Williams in a wide receiver position — but only for 8% of his offensive snaps in 2019. This season, running back Clyde Edwards-Helaire has split out wide on 9% of his snaps.

Bell’s comfort in lining up out wide allows the Chiefs to create mismatches depending on how the defense deploys their personnel in response to Bell.