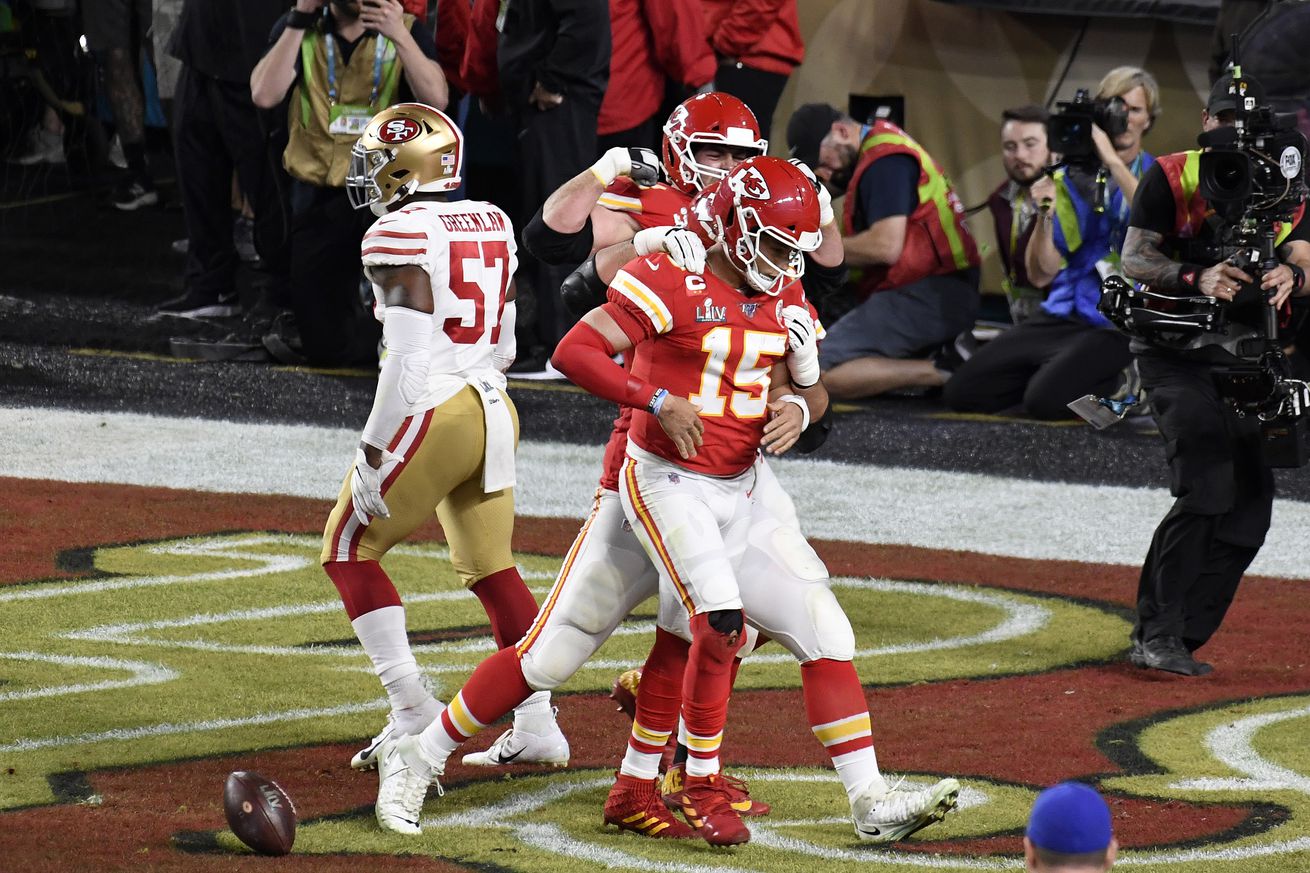 1) Patrick Mahomes, QB, Kansas City Chiefs; 2) Russell Wilson, QB, Seattle Seahawks; 3) Lamar Jackson, QB, Baltimore Ravens: These are the only three quarterbacks currently in the NFL that I would consider off limits. You might want to include the Texans’ Deshaun Watson, but is he really that untradeable? Like, Watson is a star, but would anything Bill O’Brien did surprise you after last year’s wheeling and dealing? Mahomes is obvious — Kansas City would burn like a giant BBQ pit if he were to exit. Wilson simply is the Seahawks. And Lamar Jackson is a national treasure and should be protected at all costs. As for the rest of the QBs, though — yeah. I could see them being traded. Even you, Kyler Murray, though you might be on the untradeable list next year.

Wide receiver Mecole Hardman indicated recently he’s been working out in preparation for next season.

”Ain’t no time to rest like that,” he said. “It’s definitely tough [in trying to win back-to-back championships]. But we’ve got guys in the room that can make it happen. We’ve got the coaching staff for it. Now we know what it takes to get there and win it.”

Mathieu, meanwhile, has a wedding to prepare for as well. He will marry his longtime fiancee in April.

”Then it will be back to work,” he said.

Saunders was selected in the third round of last year’s NFL Draft out of Western Illinois, where he was an Associated Press All-American.

But if Saunders had his choice, he would have attended Missouri. Saunders was born in St. Louis and played at Parkway Central High School in Chesterfield, Missouri, so he had dreamed of playing football for the Tigers.

Several of the Chiefs’ cornerbacks—Kendall Fuller, Morris Claiborne, Bashaud Breeland and Keith Reaser—are set to hit free agency. While he’s not the biggest corner (5’ 10”, 191 pounds), Gladney’s physicality and speed allow him to play bigger. Playing through a meniscus tear he suffered in August, Gladney participated in combine testing on Sunday but will have surgery. He’s expected to be ready for minicamps this summer and could still be a consideration here.

The Chiefs really like young cornerback Charvarius Ward, but their cornerback depth is likely to take a hit in free agency this offseason. A converted wideout, Igbinoghene is slightly undersized at 5-foot-11 but has plenty of upside.

Their linebackers weren’t great last season and there is some age there. So landing a big-time thumper fits what they want to do.

The Titans made the AFC title game last season — and they could do it again if they run it back. No, I don’t think the 2019 campaign was a fluke for Mike Vrabel’s team. That said, I believe the chase for Tom Brady is special, unique and worth going ALL IN on. And I think it is very much in play, as I explored in the Patriots section above.

But at the same time, Tennessee has three top offensive players set to hit free agency: QB Ryan Tannehill, RB Derrick Henry and RT Jack Conklin. Now, as I alluded to above, I’d chase Brady first and foremost. You have to. But can the Titans do that while keeping Tannehill in the mix as a fallback option should Brady sign elsewhere? Easier said than done. Henry should be a lock to bring back. He’s the engine of this offense. And Conklin is a really good player who clears the path for Henry in Tennessee’s power run game.

Jon Robinson has his work cut out for him over the next few months. But if he nails it, 2020 could be quite a football season in Nashville.

“We are closely monitoring developments and have been in contact with The World Health Organization, CDC and the NFL-NFLPA medical experts at the Duke Infection Control Outreach Network (DICON) Program for Infection Prevention,” the statement read. “We will continue those discussions throughout our offseason.”

No one enjoys stockpiling quarterbacks the way Gruden does. He can’t help himself, he wants to make a splash in Las Vegas, and there are league folks who aren’t convinced he’s married to Derek Carr, certainly not beyond 2020. Tom Brady, of course, would be the Best Big Splash Available.

The Chiefs’ Super Bowl LIV DVD trailer is out

“Chiefs fans are among the most loyal, vocal, and supportive fans in the NFL and they have been waiting a long, long time for this,” said Todd Schmidt, senior producer at NFL Films. “We are so happy to give them this film — which not only shows every great moment of Kansas City’s incredible season, but so much insight into what makes this team truly special.”

What you need to know

When: Released on March 10

Where to order: Fanatics

Smart take from @CharlesRobinson. Guys like Joe Burrow and Chase Young have way more to lose than gain in Indianapolis. Teams that want more info on them will come to them anyway.

In fact, there are 2 words Trevor Lawrence should use next year, when he gets his invite: Pay me. https://t.co/L4rrtD9DpS