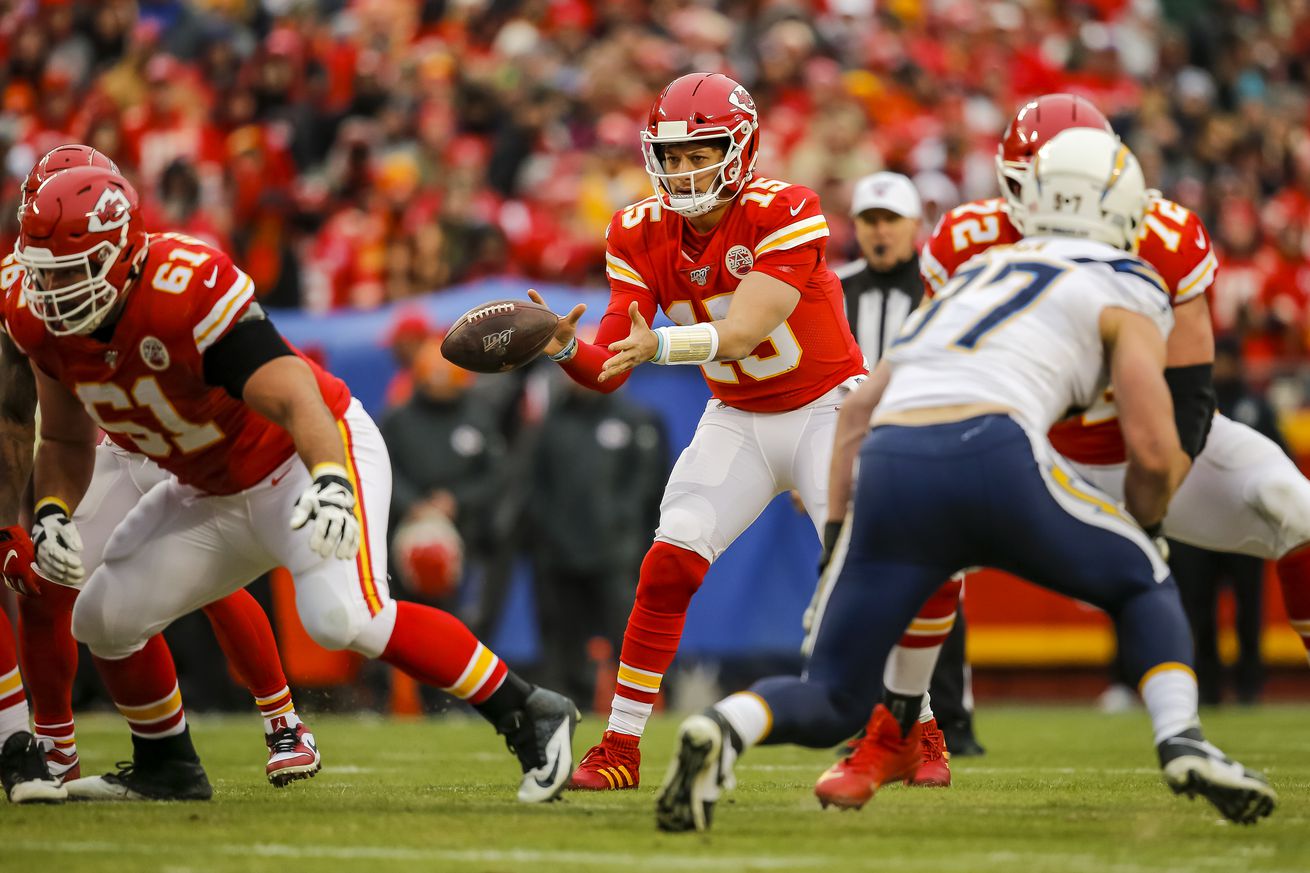 The Chiefs feared the Chargers had the same plan of drafting Mahomes and stashing him behind a veteran quarterback. Even scarier to Chiefs leaders, the price to the Bolts would pale in comparison; while the Chiefs had decided to deal three premium picks to climb 17 spots and draft Mahomes at No. 10, a 5-11 season had given the Chargers the No. 7 pick overall. They could just grab him.

For several weeks, the prospect of this thunder bolt of lightning kept Chiefs bosses on edge.

“At the end of the day the only one I was scared of was San Diego,” John Dorsey, the Chiefs’ general manager then, told The Athletic’s Bob McGinn before the Super Bowl. “They were at 7. That’s the one I worried about more than anything in the world. Philip Rivers was 35 (the previous season). Once they took Mike Williams, we said, ‘We got this guy.’ ”

Several of the Chiefs’ cornerbacks—Kendall Fuller, Morris Claiborne, Bashaud Breeland and Keith Reaser—will become free agents next month. While he’s not the biggest corner (183 pounds), Gladney plays more physical than his weight would suggest and is exceptionally fast (4.34 in the 40). Gladney has five career interceptions and 26 passes defended over the past two seasons.

3. This is another four plays in one: Mahomes’ touchdown passes against the Texans in the second quarter of the AFC Divisional playoff game.

2. Mahomes’ 27-yard touchdown run that put the Chiefs ahead in the AFC Championship Game.

The Chiefs should be in the market for a corner with this pick as multiple key players at the position are scheduled to reach free agency.

2020 NFL franchise tag candidates and predictions: 21 teams that could use it before free agency | ESPN

The Chiefs could protect Jones with the franchise tag at a cost of $15.5 million to $16 million. That’s a steep price because it might eat up the Chiefs’ remaining salary-cap space. But Jones is one of their top defensive playmakers and is worth the money, so he will get the tag. One possibility for Jones as the franchise player would be a trade to another team, as the Chiefs did with Dee Ford last year.

Prediction: The Chiefs will use the franchise tag on Jones. — Adam Teicher

Coach Andy Reid relayed Tuesday that he doesn’t believe Mahomes will require offseason surgery after dislocating his kneecap this past October, Adam Teicher of ESPN.com reports. “Right now he looks good,” Reid said of the QB, who capped his 2019 season by earning Super Bowl LIV MVP honors. “He was out throwing with Dez (Bryant) the other day so he looked like he was slinging it around pretty good. I think he’s fine.”

The Chiefs need a young edge defender with pass-rush skills and run-stopping ability to align opposite Frank Clark. Davidson is a stout defender with strong hands and a high-revving motor.

Bears ‘committed’ to Mitchell Trubisky as starter in ‘20 | ESPN

“… I remember with Drew [Brees], he went through that in 2004 with San Diego; just immersed himself in that. That’s Mitch’s mindset right now. Just being obsessed with learning NFL defenses, mastering our offense. And when you do those things, it allows you to play faster and with better instincts.”

Van Jefferson, Florida: I believe he was the odd man out at Ole Miss, likely in the shadows of D.K. Metcalf and A.J. Brown. After transferring to Florida, the 6-3, 215-pound receiver led the Gators in receiving in consecutive seasons. His effectiveness is evident on film, as Jefferson just makes plays with every chance he gets. If he plays like that at the next level, the team that drafts him should be very happy with the results.

The Raiders have Derek Carr under contract through the 2022 season, but they can cut him this offseason and save almost $14 million in cap space. If Jon Gruden is ready to move on from Carr, he’d likely at least discuss bringing in Winston, especially if the Raiders were to miss out on some of the bigger names, like Tom Brady and Philip Rivers.

“With Reagor, he’s somebody, I think one of the things people are trying to find in this draft is your version of Tyreek Hill,” said Jeremiah. “He’s not as fast as Tyreek Hill, but he’s going to run in the 4.3s, and he can take the top off coverage. You can use him on the jet sweeps, get the ball to him in the flat and just let him go. He can play over the top. The knock on him, he’s got a good number of drops. So he’s got to clean that up.”

Jeremiah later added that a better comparison for Hill might be Alabama wideout Henry Ruggs.

“I think he’s going to absolutely fly,” said Jeremiah. “Everybody knows it’s coming. He’s still going to do it. I think the second number will be a two. I don’t know what the third number will be. But he’s the closest thing to Tyreek Hill that I’ve seen, since Tyreek Hill entered the league. And just looked like he’s been on a different speed than everybody else. This kid does the same thing.