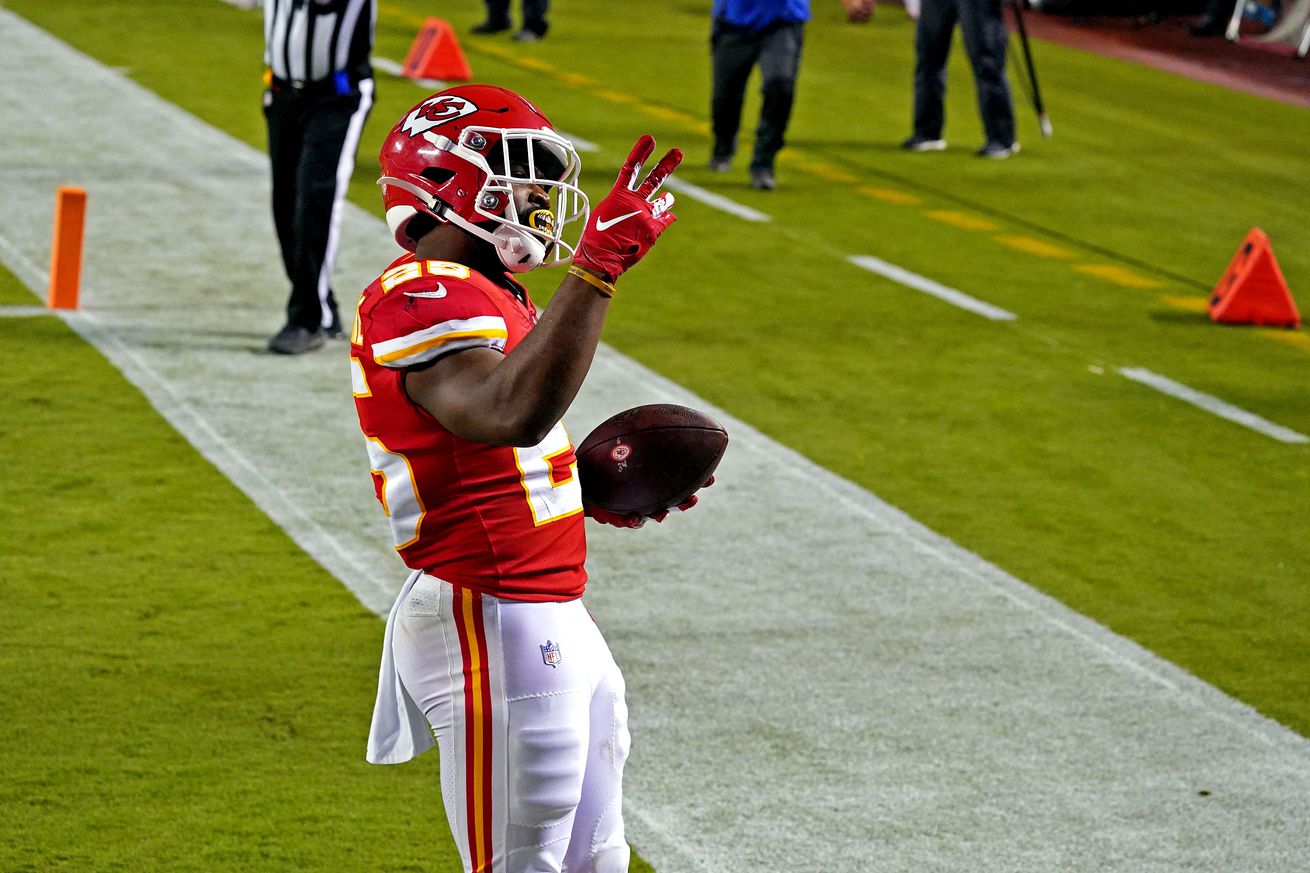 Grading the NFL’s return: What we saw in the Chiefs’ win over the Texans | ESPN

Admit it. You went into your fantasy draft thinking you were the only one who was on Edwards-Helaire, a multitalented running back whom the Chiefs made their first-round draft pick.

The only surprise Thursday night was that the Chiefs employed him mostly as a runner and targeted him only two times in the passing game. Behind some strong blocking from new guard Kelechi Osemele, Edwards-Helaire ran for 138 yards and a touchdown. Here’s a statistic you probably didn’t know existed: He reached 100 rushing yards in his first game quicker than any rookie in the past 13 seasons. Edwards-Helaire crossed that threshold in 34 minutes of game time, according to ESPN Stats & Information research, the fastest in a debut since Matt Forte in 2008.

There was little to indicate Edwards-Helaire would be this dominant so quickly. Mahomes has been the biggest story in this town for the last two years, as he won the league’s Most Valuable Player award in his first season as a starter and a Super Bowl in his second. When the Chiefs selected Edwards-Helaire in the first round of this year’s draft, it felt like they merely craved another weapon for their star quarterback to deploy. Now it seems very likely that the Chiefs — who attempted 34 rushes and 32 passes — will use Edwards-Helaire to control outcomes whenever possible.

The scariest part of what we witnessed inside Arrowhead was how consistently Edwards-Helaire performed under the spotlight. Chiefs offensive coordinator Eric Bienemy had warned him about controlling those emotions Edwards-Helaire felt in his first pro game. The assistant coach especially harped on Edwards-Helaire about the importance of ball security. Young players wanting to prove themselves on big stages can easily open themselves up to critical mistakes simply by trying too hard.

Why the Chiefs won

The defending champions played flawlessly. It’s as simple as that. After going down by a touchdown to start the game, the club went on a 31-0 run that was similar to their win over the Texans in the Divisional Round a year ago. They were unrelenting. Patrick Mahomes was crisp as expected, but rookie running back Clyde Edwards-Helaire was particularly strong in his NFL debut. Kansas City seemed to catch Houston off guard with how effective they were able to run the football all night with Edwards-Helaire. As a team, the Chiefs totaled 166 yards on the ground.

Kansas City committed zero penalties in the first half and their lone blemish came with 12:35 to play in the third quarter.

Time of possession was also an area of dominance for the Chiefs. They held the ball for nearly 35 minutes and had one drive that nearly went 10 minutes to close out the first half. When you pair that chunk of time being chewed off with the potency of Kansas City’s offense, they’re almost unbeatable.

As for the defense, they were able to apply solid pressure on Deshaun Watson. Chris Jones forced the Texans quarterback to get rid of the ball a lot quicker than he wanted to. In all, the Chiefs totaled four sacks.

Fewer than a quarter of the stadium’s seats were in use because of Covid-19 restrictions in the first NFL fixture since the outbreak of the virus but the audible boos were described as “unfortunate” by Watt.

“I don’t fully understand that,” he said. “There was no flag involved. There was nothing involved other than two teams coming together to show unity.”

Kansas City mayor Quinton Lucas tweeted: “We’re a good city of good people. I heard boos too. But we also have hundreds of thousands more around here who respect the message the players are sharing.”

One of those precautions is that coaches and personnel near the bench are required to wear masks. Chiefs coach Andy Reid, always the innovator, came prepared with his hat that doubles as a face shield. The only problem was that in a rainy and humid Kansas City, Missouri, the shield began to fog up almost immediately.

Then Reid and his protective gear went viral and the jokes came with them.

Patrick Mahomes trying to talk to Andy Reid like.. pic.twitter.com/PIA6m1iEdE

What separates Mahomes from the pack is the utter absence of poor performances. He doesn’t have bad weeks. QB Index pioneer Gregg Rosenthal believes Mahomes has played the position at a higher level the past two years than any quarterback he’s ever seen. I’m not yet ready to shove aside 1984 Dan Marino, 1989 Joe Montana, 1994 Steve Young, 1995-97 Brett Favre, 2004 Peyton Manning, 2007 Tom Brady and 2011 Aaron Rodgers. But that’s the company he’s keeping at the age of 24.

Do you need an explanation? Any team, save for maybe the Ravens , would happily swap their QB for No. 15 here. It feels like we’re already taking for granted just how athletic, poised and polished this guy is at 24. With a championship-level supporting cast, all signs point to Mahomes storming back into the MVP conversation.

There is no one on Kansas City’s roster that is guaranteed to factor into its long-term plans. Adebo is not the flashy corner with obvious No. 1 potential, but he’s smart and tough.

Clay Matthews ‘open to playing’ in 2020 after not reaching agreement with Broncos | NFL.com

In a statement to NFL Network’s Mike Garafolo, Matthews’ agent, Ryan Williams, rebutted the report, stating that the 34-year-old is interested in signing in the right situation.

“We recently had communication with the Broncos, as we have with other teams during the offseason,” Williams said in the statement. “We were under the impression that communication would remain private, but since it did not, let me be clear: We were unable to come to an agreement with Denver, but Clay remains open to playing in the NFL in 2020, provided it’s the right opportunity for him and his family.”

Sutton went for a ball and sustained the injury during practice, which forced him to leave. Sutton never returned to practice and was officially listed as limited in the team’s daily injury report.

Linebacker is still a significant concern

It wasn’t all positive coming out of Arrowhead. There are concerns with the linebacker group coming out of Week 1. Whether it was Anthony Hitchens, Damien Wilson or snap count leader for the position, Ben Niemann, the struggles in space and in coverage were tough to watch against the Texans. The most disheartening fact about the position is that the solution and future of the position in Kansas City — Willie Gay Jr. — did not see the field. He could help solve some of the ailments we’ve seen — especially in coverage. Niemann is a great story but should not be seeing that snap volume in coverage. Those snaps should go to the 2020 second-round pick out of Mississippi State.

BREAKING NEWS: The@MiamiDolphins players will stay inside for both national anthems. They express their discontentment with what they call “fluff and empty gestures” by the @NFL pic.twitter.com/ghUktHhPt9