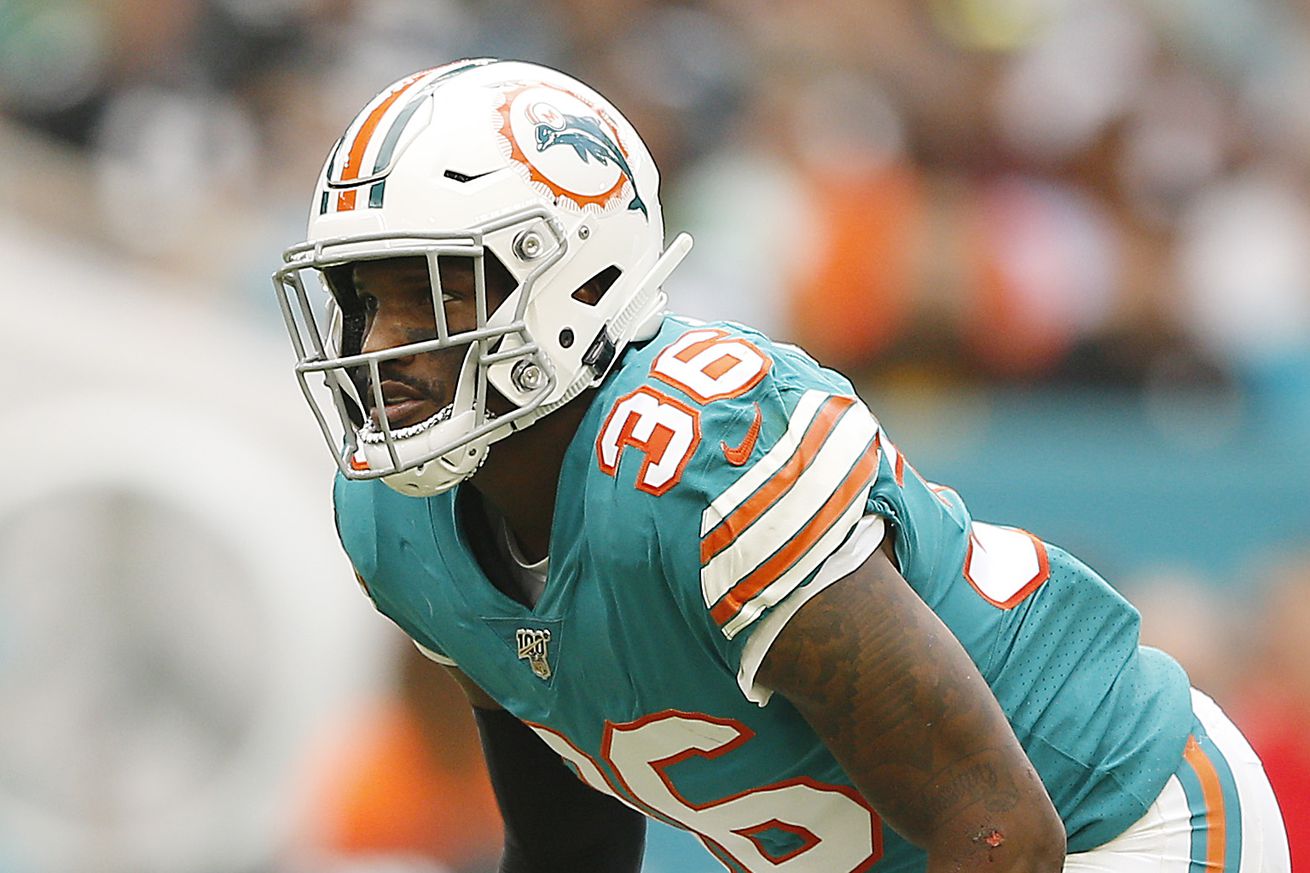 Colbert was waived by the Dolphins on August 16 and agent Drew Rosenhaus announced on Friday that his client has signed with the Chiefs.

Colbert was a 2017 seventh-round pick of the 49ers who spent time last season with the Seahawks and Dolphins. He appeared in six games for the Dolphins and recorded 22 tackles.

The Chiefs activated safety Juan Thornhill from the physically unable to perform list this week, but Thornhill said on Friday, via Adam Teicher of ESPN.com, that he’s not sure when he’ll be cleared for team drills. Thornhill tore his ACL last season.

This Chiefs vet is making plays at training camp, and making case to become a starter | Kansas City Star

Niemann is consistently around the football. He attributes his ability to make plays during training camp, including a pick-six off quarterback Patrick Mahomes earlier in the week, to his growth in defensive coordinator Steve Spagnuolo’s 4-3 base defense.

“I think just being the second year in Spags’ system, I feel more comfortable,” Niemann said Friday. “In college, I didn’t play in the box. I wasn’t an in-the-box linebacker. In my rookie year (2018), we were in the 3-4 scheme, which was totally different night and day from what we’re in now. Just last year and this year have kind of been my first two years of experience as a true 4-3 inside linebacker.”

Fast forward six months and the Chiefs still aren’t settled at guard. Laurent Duvernay-Tardif opted out this season, and Wisniewski signed a free-agent deal with the Pittsburgh Steelers. The Chiefs, meanwhile, inked eight-year veteran Kelechi Osemele to fill the void.

At one point in his career, Osemele was the NFL’s most dominant physical presence along the offensive interior. However, he’s coming off season-ending shoulder surgery, and the Chiefs can’t be exactly sure what to expect from the two-time Pro Bowl guard.

“He’s going to make sure that he imposes his will on whoever’s lined up in front of him,” Chiefs running back DeAndre Washington told reporters. “He’s going to finish guys.”

A return to form by Osemele would solidify Kansas City’s offensive front.

The birth of a dynasty?

The list goes on and on. Between contract extensions and new acquisitions, the Chiefs seem poised to retain their championship status. With new players joining the roster, like LSU’s Clyde Edwards-Helaire, who was the 32nd overall draft pick, Andy Reid and company look to add depth to their offensive weapons, making for a scary, young team. It doesn’t hurt that the Chief’s front office has proven that they’re willing to take care of their players, fostering a culture of positivity in Kansas City. Add in driven, energetic, and well-compensated, and you have the right formula for continued success.

3 future Chiefs who are playing somewhere else right now | FanSided

Cohen will be a free agent after this season as well, and with the Bears not having a very bright future ahead of them, along with Cohen struggling last season, he may look to other teams when his time comes.

He would also be a great fit for the Chiefs since he is a solid running back who gets yards when he needs to, and would not break the bank like elite running backs, such as Ezekiel Elliott or Derrick Henry. And the Chiefs certainly won’t be looking to sign players to any massive contracts after giving Mahomes $500 million and Kelce $57 million.

Offensive Rookie of the Year

There’s a high level of confidence that the regular season will, at the very least, start on time.

Yes, this whole thing is potentially one individual’s bad decision away from unraveling. And yes, of course, the league is watching to see whether the positive test rate drifts upward now that players are actually on the field and practicing together. But the testing protocols allow teams to be certain that the players on the field don’t have the virus. And the first three to four weeks of training camp have convinced the league and its teams that they’re capable of reacting effectively to signs of COVID-19 and preventing it from spreading in their own facilities.

Ben Baldwin, an NFL writer at The Athletic and one of the sharpest data experts in sports media, has written extensively about Rodgers’s decline, which he argues began back in 2015. That is an astonishing conclusion that runs counter to what most casual and even obsessive fans believe. Mike Sando, another writer at The Athletic, conducts an annual survey of NFL coaches and executives who rank the league’s quarterbacks. From 2013 to 2019, the first six years that Sando held the survey, Rodgers tied for or outright won the top spot. Last summer, 53 of the 55 experts (96 percent) Sando surveyed ranked Rodgers in the top tier of NFL quarterbacks. This year, Rodgers fell to the no. 3 spot, behind Patrick Mahomes and Russell Wilson, but remained in the top tier. To hear Baldwin tell it, there is no player with a larger disconnect between his reputation and recent production than Rodgers.

“It’s not like he’s been a Drew Brees, for example, where their offense has been great every single time he’s out there,” Baldwin says. “You can tell that it is not what it used to be.”

“Welcome to the Death Star, where our opponents’ dreams come to die,” Davis said.

“This is our field of dreams. This is our house. The stadium’s personality will be defined by you, so take pride every time you step on this field wearing those famed black jerseys and silver helmets. You are the Raiders. There will be many personal accomplishments out here on this field. Someone on this field today will make the first tackle; somebody will score the first touchdown, and somebody will make the first interception. But most importantly, it is what we do as a team. So, I will leave you with three words — Just win, baby. Welcome home.”

The battles even have 49ers general manager John Lynch giddy.

“I will say it’s must-see TV to watch those two,” he said, via the team’s official twitter feed. “Wherever I’m on the field I try to watch the whole picture, but my eyes go right there. Two pros that are incredibly blessed with talent. But they really are technicians and want to be great, and they challenge each other each and every day. And to watch the respect amongst each other. It looks like during the snap they trying to kill each other, but then they help each other up. They compare notes. It’s really been fun to watch. Two guys who can do it as well as anyone in this league and the coolest thing is to hear them say how much better they’re going to be for it. Iron sharpening iron at the highest level.”

“It’s going to be real tough for these guys without the preseason games,” he admitted. “You want to see them in preseason games — under the fire of the live kickoff or punt coverage. They’re just not going to be able to get that. We can’t do that in practice. We try to get as close as we can, but we can’t really do it.”

This means that during games — especially early in the season — Chiefs special teams units might be composed of more veterans than we usually see. Toub acknowledged he feels some comfort in that.

Where the enemies at? Running this thing like Eric Bieniemy’s back @tkelce pic.twitter.com/JgdW4Iqf0V