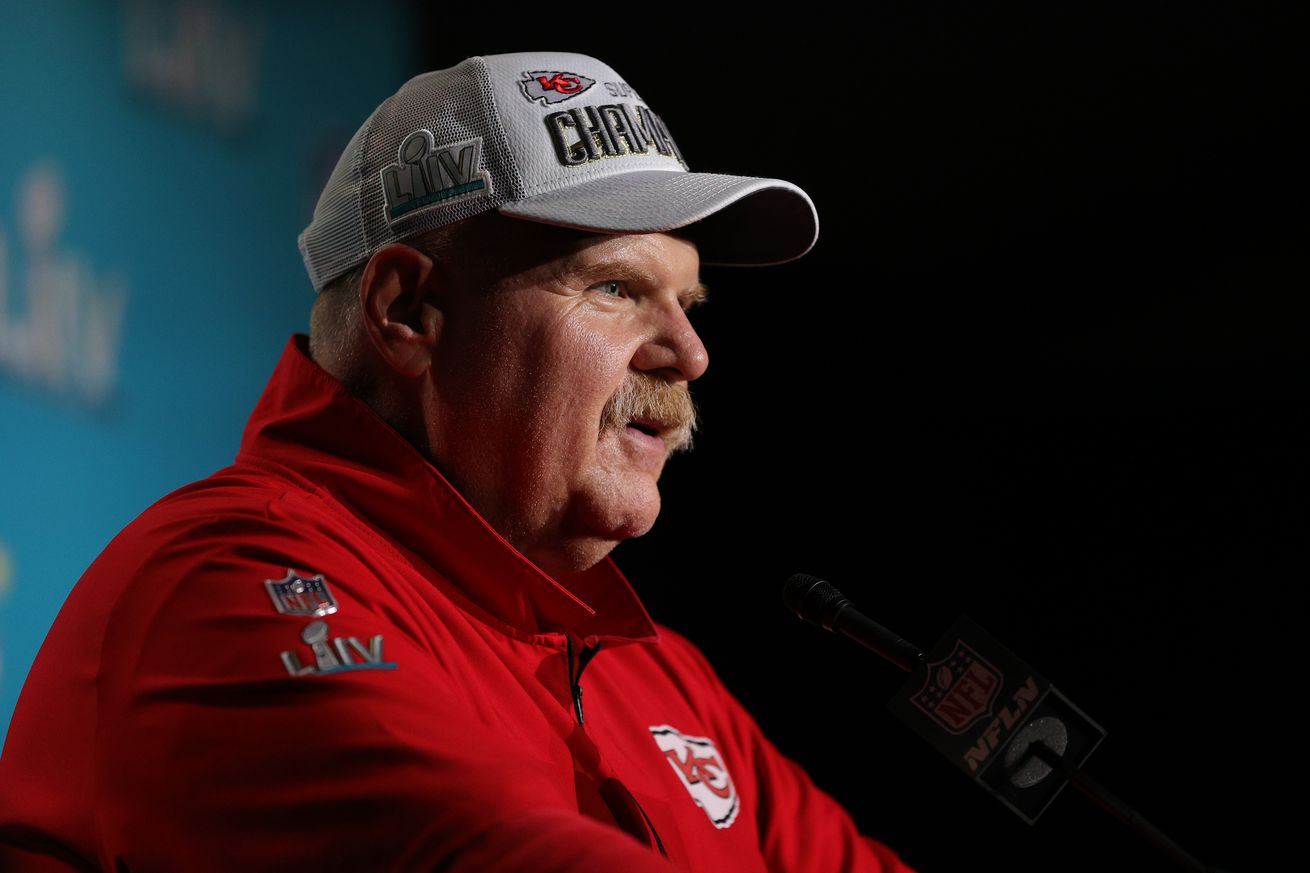 The Chiefs head coach did what he always does: focus on the art and the science — along with the coaching and the players.

Every time you turn around, it seems like Kansas City Chiefs head coach Andy Reid is in the middle of whatever big issues the NFL has to solve.

When the league was going back and forth over what to do about pass interference officiating after the 2018 postseason, it was Reid who stepped up, leading the way to a rule change proposal that everyone could agree upon.

Right from the beginning of the coronavirus pandemic, Reid has been involved in the discussions about how the league could navigate through the crisis.

And on Friday night, we learned that Reid had been “unsung hero” of the last-minute deliberations between the NFL and the players union to get training camps open on time.

One unsung hero in negotiations: Super Bowl winning #Chiefs coach Andy Reid. He was helpful in walking through the union what training camp could look like, I’m told. And then Commissioner Roger Goodell had him speak on the owners call, as well.

Reid shed a little light on his heroics when he spoke to the press on Saturday. With characteristic modesty, he spoke of his role as being a “narrator” from the last time the league went through a shortened offseason: the 2011 lockout, when he was head coach of the Philadelphia Eagles.

“They asked me to step in as a coach — kind of a neutral figure — to share some of the experiences I’ve had,” explained Reid. “I’ve been there through the lockout. I think this is a completely different situation than the lockout. As you recall, the lockout was the organizations versus the players — where coaches weren’t allowed to talk to the players.”

But Reid said that this time, it’s different — because the two sides have a common enemy.

“The factor that you’re working against right now is the virus. So when we had all these virtual meetings, we could see who’s working out (and who’s not), talk and communicate with the player — and in some case, do virtual workouts with the player. So it’s a different communications process that took place. And I think that will help the players coming in to maybe be in better shape than what took place during the lockout time. So I think it’s a different starting point.”

In essence, Reid was being asked to give his view about whether the plan the league and the NFLPA were negotiating could work. As a longtime (and now Super Bowl-winning) coach with a well-earned reputation as a player’s advocate, Reid was uniquely qualified to comment on the plan — which, as it turns out, he thinks is excellent.

“The setup is tremendous — on how we’re giving players the opportunity to ramp up and get themselves ready to go,” said Reid. “My hat goes off to the league — like I said, I was just a narrator in there between the league and the union — and I appreciate both of them letting me in the meetings. I think it all worked out well.”

As well it should have — since Reid had been involved from the beginning of the process. Chiefs vice president of sports medicine Rick Burkholder explained why Reid’s contributions have been so vital in getting to a workable plan.

“He’s a beautiful mind,” said Burkholder. “He really has a focus on what to do — and the right things to do. I’ve said this to you before: his dad was an artist and his mom was a doctor. He’s got art and science like nobody I’ve ever seen.

”I’ve gotten off calls with the medical people,” he continued, “and I’d go, ‘I don’t know how we’re doing to do this.’ Then I’d call Coach and he’d say, ‘OK, we’re going to do it this way.’ That’s the art of the science that Andy Reid’s so good at.”

So if you’re thanking your lucky stars that the Chiefs won Super Bowl LIV — and that there is still a chance for the next NFL season to continue while a pandemic is sweeping the world — don’t forget that Reid played a big hand in making both possible.