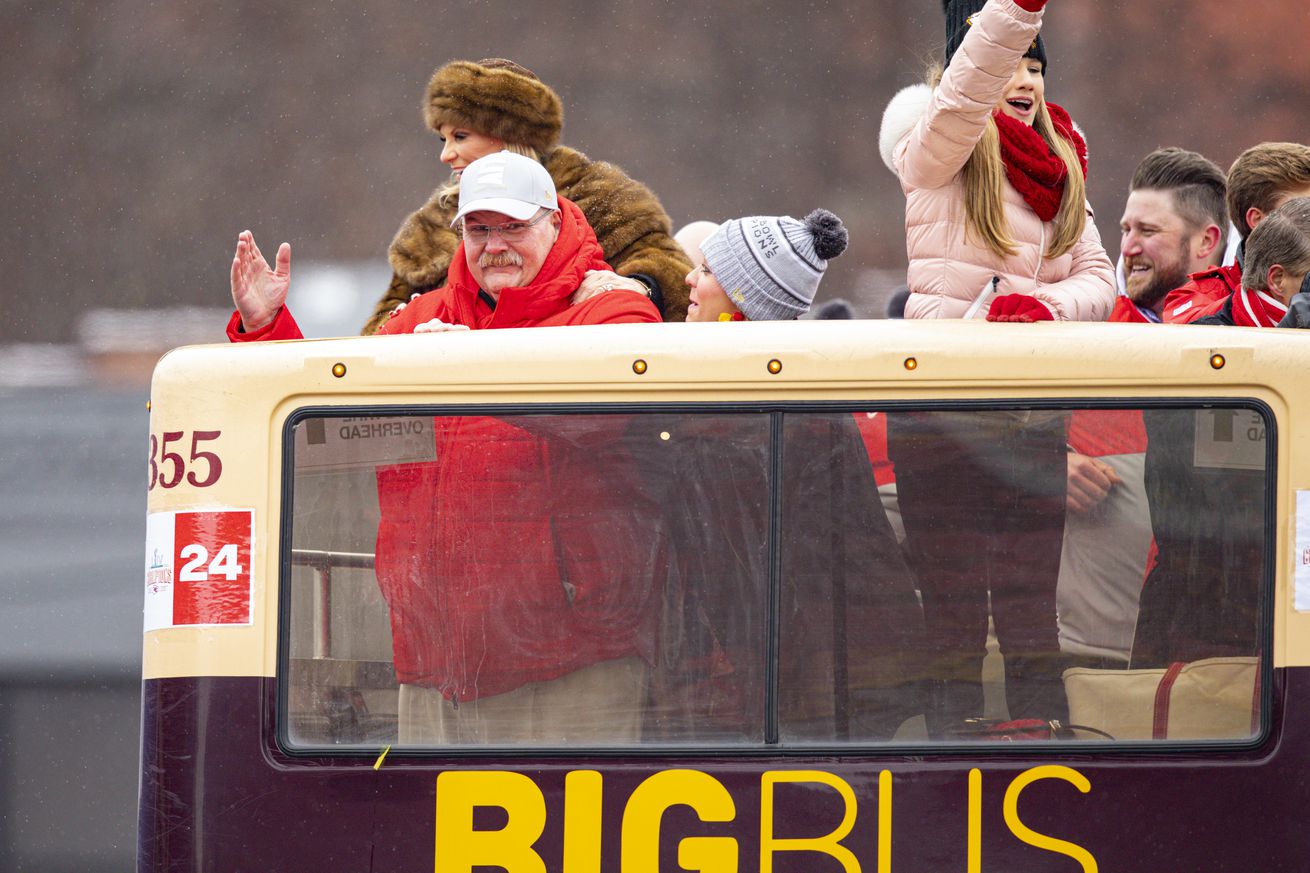 Reid and the Chiefs are expected to receiver their rings on Tuesday night.

Kansas City Chiefs head coach Andy Reid is reportedly in the process of signing a new contract that will keep him in Kansas City for the next six seasons, but he was unwilling to speak about that on Tuesday afternoon, as it is yet to be official.

“You know how we do it here,” Reid noted. “We don’t talk about contracts and all that, but I would tell you that I love it here. I appreciate the Hunt family, and I’ve mentioned it — this is old news to you, I know — but I appreciate the Hunt family and all that they’ve done for me since I’ve been here, and our players and coaches. So, I feel blessed that way. But that’s as far as I want to go with that. I love it here.”

He was — however — willing to discuss his Super Bowl LIV ring, which he is expected to receive Tuesday night.

#Chiefs head coach Andy Reid shares his plan for his Super Bowl ring, which he will receive sometime tonight. pic.twitter.com/t17wMO7LyB

“You wear it for special occasions,” Reid said, “or if you want a free cheeseburger, you just point right there and show them the ring and you might get one. I’ve had a little bit of a sneak peek at a picture of one, so I kind of know what it looks like on a piece of paper. But I look forward to seeing it just like we’re all looking forward to seeing it. I mean, there’s such hard work that’s gone into it.

“Clark Hunt, Tavia Hunt, the Hunt family have gone above and beyond with this. And Mark Donovan organizing this whole thing for the players, in a crazy situation, has done phenomenal. And his crew, they’ve done a great job. We’re all looking forward to this event.”

A contract, a Super Bowl ring and a free cheeseburger. That’s not a bad week in the life of the Chiefs head coach.