There are very few truly great quarterbacks in the NFL at any given time. In any sport, the line between greatness and mediocrity is defined by a player’s ability to win against all odds, and perform on the highest level with clinical consistency.

Kansas City hasn’t always enjoyed the elite level of quarterback play they’ve relied on to reach the Super Bowl in recent years. The post-Trent Green era saw the Chiefs grasping for straws to fill the game’s most important position. Fans never had reason to take the club seriously when Damon Huard took over in 2006. Brodie Croyle tried (and failed) to provide a meaningful spark in 2007 and by 2008 the team was stuck with Tyler Thigpen under center, posting a 1-10 record in his only meaningful playing time in professional football.

With an impotent passing game came losing seasons and skepticism about the team’s future. Matt Cassel allayed the worst fears for a couple of seasons, but in time proved to be a spot starter at his absolute best, after teasing with potential for more during a Pro Bowl-worthy 2010 season. The once-proud Chiefs managed to go win eight or more games just once in the six-year span between 2007 and 2012 and ended their seasons dead last in the AFC West four times.

The great shame of all this is the sheer amount of talent Kansas City squandered, while their quarterbacks went out of their way to lose games. Jamaal Charles, Derrick Johnson, Tamba Hali, and Dwayne Bowe were all legitimate stars for the team through most of this hellish era. Year after year, though, losing took its toll, and in spite of some big signings in 2012 and a couple of drafts that would come to define the team’s future, the team ended with a 2-14 record, on top of a league-shaking tragedy following the Jovan Belcher murder-suicide late in the season.

Add to that tumult in the front office including then-general manager Scott Pioli allegedly tapping phones, and it became clear that time for change had come. Kansas City had managed to be the worst team in the league, securing the first overall pick in what had been pitched as the thinnest draft class in recent history.

Things looked grim. Clark Hunt completely cleaned house that offseason, luring in Andy Reid from Philadelphia, and also inking John Dorsey as the new general manager. As the pieces fell into place, one burning question remained: What would they do about the quarterback?

On the free-agent market, the options were scarce. In the draft, they missed the boat on Andrew Luck who was drafted the year previous and was a year early to draft Johnny Manziel, who had just made himself the first freshman to win a Heisman Trophy. West Virginia QB Geno Smith looked like their best option and he would’ve been a tantalizing selection if they hadn’t held the first overall pick.

Instead, the team elected to trade for a veteran. Kansas City traded two second-round picks for the guy many thought was the second-best quarterback on the team that had just lost the Super Bowl. Kansas City’s front office put on the same dog and pony show all teams do when they try to convince a fanbase they’ve just signed the guy they think can help turn it all around, and most fans wondered how much longer they could stand rooting for a team that refused to get serious about the one position holding them back.

The draft came and went, and the Chiefs didn’t select a quarterback. It was a kidney blow to a fanbase that just wanted to be excited by football again. But then the season started. The team went through training camp and were a .500 team in the preseason after losing their first two games under the new regime. And from there they never stopped winning.

Halfway through the 2013 season the team was 8-0, the best team in the league, and looked unstoppable. For the first time in more than a decade, Kansas City was the team to beat in the AFC, and there was hope for the future that was palpable when the fans set the world record for a stadium roar in October at 137.5 decibels. You could see the culture change, not only from the way Arrowhead looked and sounded on game days but also in how the players performed.

Regular season wins only mean so much, though. A heartbreaking loss to the Colts in the playoffs bled into the worst season the team had with Alex Smith under center. The 2014 Chiefs season was proof that mediocrity from the team’s quarterback would breed mediocre results for the team. In the infamous no-receiver-touchdown season the Chiefs went 9-7, missed the playoffs, and experienced growing pains that would only become evident in hindsight.

It was 2015 when the team really turned the corner to become what it is today. An 11-5 record led to the team’s first playoff win of the Andy Reid era against the Texans, and despite losing to the Patriots in the divisional round, the team looked primed to make noise the following season, when they’d become a dominating force in the AFC West.

All the while, fans still clamored for change. Smith was still just a body to the majority in Kansas City, and despite a three-year turnaround that saw the team go from the dregs of the league table to a legitimate contender, it was never enough. 2016 was the last straw for many and cemented Smith’s reputation as something of an anti-hero for the team in the Chiefs’ zeitgeist. Despite a 12-4 record, the team folded in the playoffs and it became clear that he was on borrowed time.

With his last first-round pick as a member of the organization, John Dorsey traded up via Buffalo in April’s draft to select Patrick Mahomes, and there was an instant push from the fanbase to get him on the field as soon as possible.

The offense had pieces in place to really compete, and everybody knew it. Between Kareem Hunt, Travis Kelce, and Tyreek Hill, all the team needed was a quarterback to take them to the promised land, and they had officially found what appeared to be their guy. But Andy Reid being Andy Reid insisted on sitting the rookie and letting Smith show him the ropes.

All season, the team struggled. A hot start led to some major inconsistencies, especially on defense, and a patchwork offensive line kept the Chiefs’ quarterback running for his life most games, relying on his veteran savvy to eke out the ten wins that led to the team’s eventual playoff berth and a heartbreaking loss to the Titans. The best numbers of Smith’s career couldn’t save him from the inevitable. Kansas City had clearly regressed on the whole in 2017. The writing was already on the wall for Smith when the Chiefs drafted Patrick Mahomes, and he knew it.

But in spite of all the flak he took, warranted or unwarranted, Smith did what few professional athletes seem to in today’s high-stakes sports climate: He put the team first and managed to perform in the face of ever-growing criticism. He didn’t force his way out, he didn’t try to tear down the organization that had clearly positioned itself to move on from him, and he definitely never pouted to the media about the tough spot in which he found himself.

Everything that happened over the course of his career with the Chiefs, he took in stride. Though the on-field product was sometimes easy to label as “boring” and his individual performances at times were lackluster. His goal, in the end, was never to be the most exciting player in the league or to lead the league in any statistical category. Smith was brought to Kansas City to win football games and that’s exactly what he did.

Smith was more than just the Chiefs’ quarterback, he was their rock. It’s impossible to say what would’ve happened if Mahomes had started all 16 games his rookie season, but Reid knew exactly what he was doing insisting he sat. Judging from every quote about Smith’s time in Kansas City, it’s no secret that he went out of his way to not only mentor his replacement but to make sure Mahomes’ rookie season wasn’t fraught with the same kind of uncertainty as to his own.

So much has changed in the NFL since Alex Smith was drafted with the first overall pick in 2005. The awkward Utah quarterback couldn’t have known just how dysfunctional the 49ers organization was when they drafted him, and one can only imagine how ready he was to get another chance after being benched for Colin Kaepernick in 2012. For all his faults, Smith is the ultimate competitor.

The injury he sustained in 2018 will likely prove to be what defines Smith’s career in the future. Nobody else has ever been able to come back from an injury like that, let alone the complications presented during his recovery from the surgeries it took to re-assemble his leg.

For their part, his critics will say that the Chiefs were back where they started when the team unceremoniously traded him after 2017. But for a team that so desperately needed a quarterback, Smith proved to be the best investment a couple of second-round picks could’ve ever yielded. Any team would’ve been lucky to get what Alex gave Kansas City in his five years with the Chiefs, and hopefully, we’ll all come to appreciate it more in time. The results of his resolve speak for themselves. 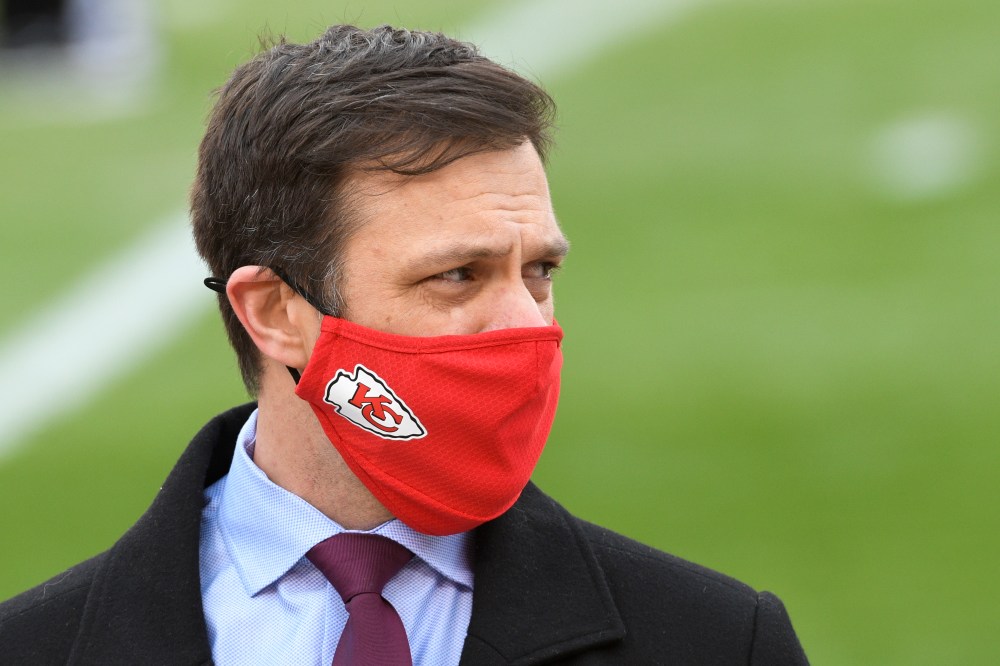