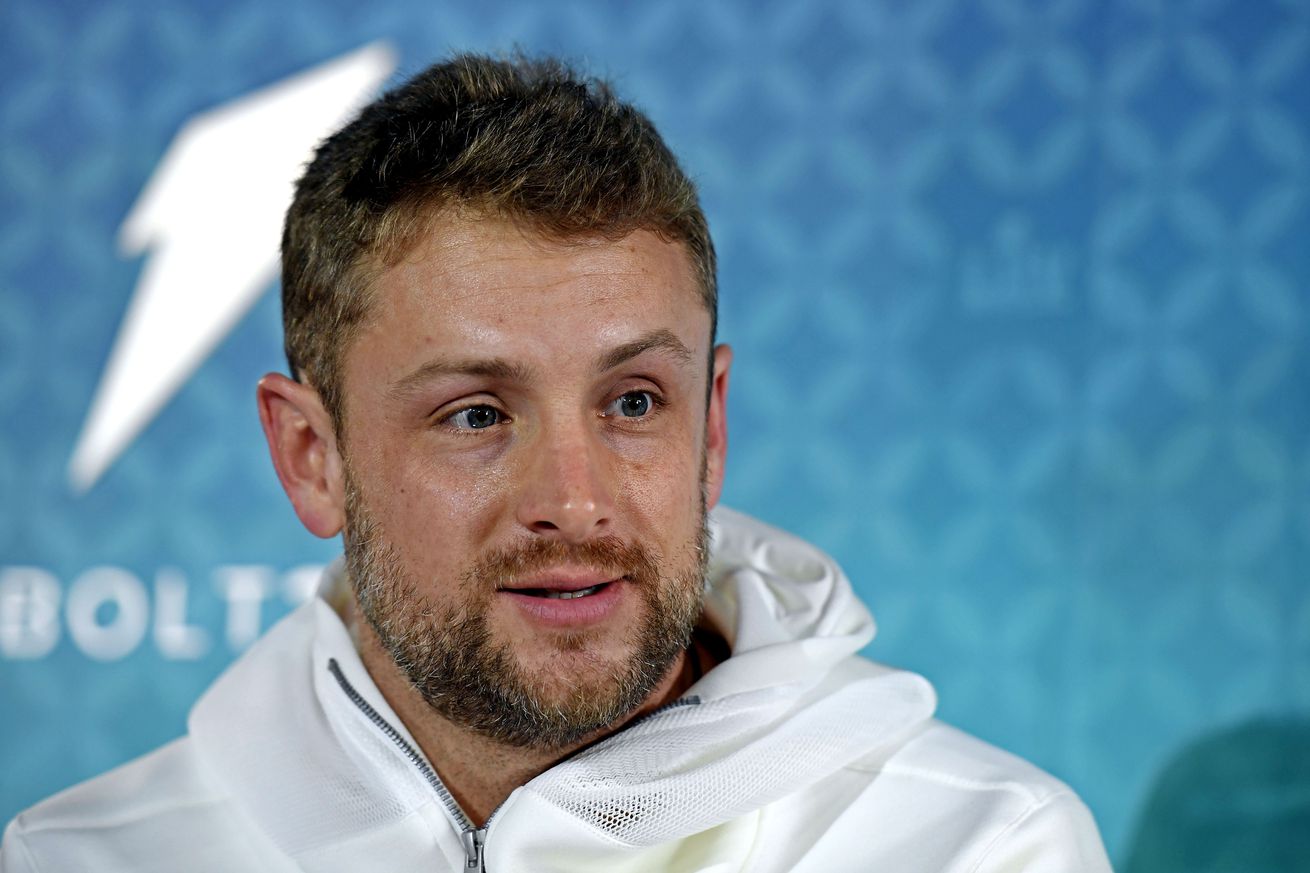 Speaking on 610 Sports Radio on Thursday, Colquitt expressed all the emotions you’d expect from a player released after 15 years with a team.

After being released by the Kansas City Chiefs on Tuesday, the team’s former punter Dustin Colquitt appeared on 610Sports’ “Fescoe in the Morning” on Thursday morning.

Colquitt said that from his perspective, the team’s decision to release him came down to the Chiefs having an opportunity to sign Florida punter Tommy Townsend, who — like Colquitt himself — could be on the team for a very long time.

“They took their chance on a guy that they saw [as] being a guy hopefully for the next 15 years,” he said.

“He was on a lot of draft boards and became available because he didn’t get drafted. I think they said, ‘Hey, this is the guy.’ After [he was] talking to them, it was an issue if I was still on the roster.”

In other words… the Chiefs would have more leverage in their negotiations with Townsend if they could say he wouldn’t have to compete with Colquitt to make the team. Or to put it another way… if Townsend had been drafted by another team — thereby removing the chance the Chiefs could sign him — Colquitt might still be a Chief.

Still, Colquitt gets it.

“I understand it,” he said. “They’re building a championship monster here in Kansas City. That’s what the last seven years have been about.”

And he also understands that it could have happened before now.

“They could have done this to me last year. If I would have been released last year and they kept Jack Fox — and they very well could have done that [because] he’s super-talented [and] kicks very big; it was fun to watch and scary to watch — you want to go out on your own terms, but you get it: they let me stay around. I would have been like Moses — ‘Sorry, dude… you can’t come to the Promised Land.’ That’s what I would have felt like if they would have said, ‘Oh, by the way… you can’t play even this year.’ So I’m thankful for that they did give me. This past year was unbelievable.”

But it was still clear that Colquitt wasn’t happy with the way things went down.

“[The Chiefs] wanted to know how much football I had left. I told them I definitely didn’t see myself retiring. I think that at the end of the day, when somebody’s been here that long — if it’s not a performance issue — [a team] would say, ‘Hey, how can we make this work? What’s it going to take?’ I [would be] like, ‘You know… some Cracker Jacks and some Diet Coke — and I’ll just keep playing. Let’s not make this a money thing, right?’”

Colquitt said that for a while now, his relationship with the Chiefs hasn’t been about the money.

“My thing has always been to stay here,” he explained. “I remember a couple of times when I had contracts coming up, my dad [former Pittsburgh Steelers punter Craig Colquitt] said, ‘You need to honor that place. Let them walk away from you before you walk away from them.’ I think that’s very important to do.

“I very much wanted to just finish out that last year [of my contract] — and say, ‘I did everything that they wanted me to do.’”

In fact, Colquitt said that if had been given the opportunity to play out his deal, he very well might have retired after the coming season.

“If I had played one more year here, I absolutely would have retired — just because 16 years is a long time for the organization to drag somebody.”

But after reflecting on it, Colquitt now has a different view.

“Obviously I wanted to try and do that one more thing — but that opportunity’s gone. With a fresh two days to think about things, I’m like ‘Gosh, [I] still feel great. God’s blessed me with health. I still have a lot of intentions to keep playing, for sure. I’m definitely not retiring. I think I’m too young to do that — even though I’m old in this league. I’ve taken care of myself. I just want to keep playing as long as I can.”

He said that the social distancing required by the COVID-19 pandemic has given his departure a cruel twist.

“When I sent that text out the other night, I was thinking like, ‘Oh, my God. I’m not going to be able to walk through and say bye to all these people.’

“I’m a hugger, so I can’t even say bye to anybody over there — [I’ve been] calling and texting and doing all that stuff. My phone’s been kind of crazy the last couple of days. I think that’s the hardest thing.”

And he said that while it wasn’t the kind of storybook ending he would have preferred in Kansas City, he also recognizes the Chiefs are doing what’s right for him under the circumstances.

“As someone who enjoys literature and books and all that stuff, it would have been fun to go through a training camp battling against a young kid and be like, ‘All right. Dude, it’s yours. I guess you’re better.’ But that’s dangerous. Kansas City knew that, so they said, ‘Look, we’re going to give you the opportunity to be on another team. Financially, we’ve moved on from our obligation.’ Sometimes that’s OK. That’s respected. I think they said, ‘You know, we’re probably never going to be able to physically beat you out of this organization, so we’re going to give you an opportunity to latch with somebody else and help them.’ So I’m appreciative of that, too.”