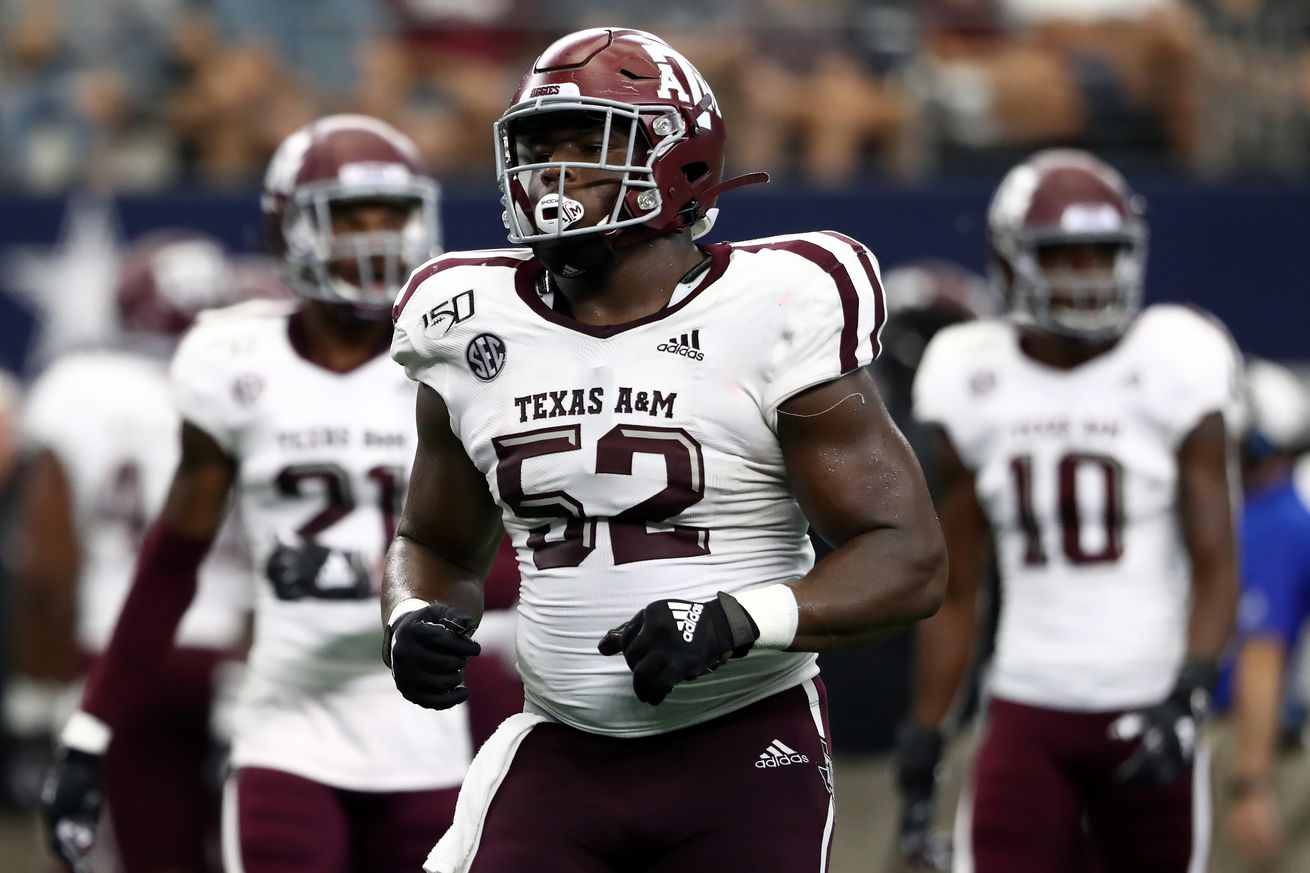 There were some interesting items to note out of the ESPN analyst’s post-Combine mock draft.

The NFL Combine is over and with its end, we should begin seeing some more mock drafts. The latest mock from ESPN draft analyst Todd McShay shows a defensive tackle headed to the Chiefs at No. 32.

MCSHAY: Yet another possible landing spot for Igbinoghene or even LSU’s Kristian Fulton, Kansas City again needs some cornerback help. But even with the Chiefs placing the franchise tag on Chris Jones, they could still move him (as they did last year with Dee Ford). Consider Madubuike insurance right now in case they suddenly have a hole in the middle of that line. We will know much more about the team’s plan at defensive tackle when we hit April, but for now, I’m taking an athletic interior guy who had 11.5 tackles for loss last season and then ran a smoking 4.83 in the 40-yard dash at 293 pounds at the combine.

As McShay notes, everything is still on the table for the Chiefs and Chris Jones, whom the Chiefs are expected to franchise tag prior to March 12. (Jones reacted accordingly). Right now, many personnel moves are being held up as the league awaits a new Collective Bargaining Agreement — but when it comes to Jones, we at least know the first step.

Figuring out the next step is a bit trickier. Jones may play on the tag, sign a long-term deal to stay in Kansas City or even be traded.

McShay made some national waves with his pick for the Los Angeles Chargers.

MCSHAY: Love’s 2019 season won’t excite too many folks — he managed just 20 touchdowns to 17 interceptions — but you have to remember that the Aggies lost nine players off their offense, plus the full offensive staff. In apples-to-apples situations, like the Senior Bowl and the combine, Love stood out. He has a huge arm, strong instincts and mobility in the pocket. NFL teams want quarterbacks who can create in today’s game, and that’s exactly what Love does. Philip Rivers won’t be back, and Tyrod Taylor could act as a bridge to Love.

“Huge arm, strong instincts and mobility in the pocket” are traits that remind you of quarterbacks Patrick Mahomes, Lamar Jackson and Deshaun Watson, the better quarterbacks who have come out of the NFL Draft in recent years.

Prior to that trio finding success in the league, perhaps Love isn’t a top-six pick. But that is the trend in the league — teams are going to want quarterbacks who could be like the last two league MVPs, or in the Chargers’ case, beat them.

With the Chargers moving on from Philip Rivers, McShay is suggesting this QB could be Mahomes’ next division rival.